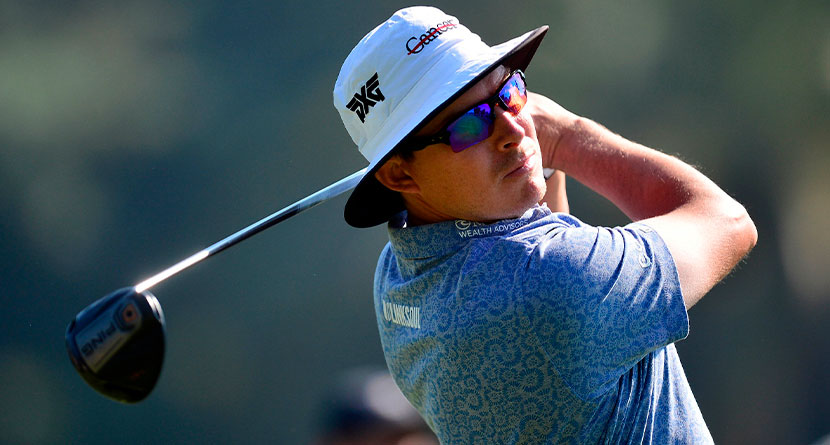 For Tour pros, missing a cut can mean any number of things: they simply didn’t have it that week, they were close, but let a few shots slip or it’s a complete aberration, things simply didn’t go their way.

Last week at The Northern Trust, we saw two examples of Tour pros who didn’t feel like they were that far off miss the cut, and do what they can to scratch that competitive itch in hopes of staying sharp for their next start.

Phil Mickelson famously hopped on his jet and headed to Missouri to tee it up in his first Champions Tour event — which he leads through 36 holes. Joel Dahmen, ranked 38th in the FedEx Cup standings was safely into this week’s BMW Championship, but was looking for some weekend action to keep his game sharp.

That led him, naturally, to social media.

“This might be a bad idea, but I’m going to throw it out there,” he wrote on Twitter. “I have the weekend off and I’m looking for a money game tomorrow. I’d prefer it be close to Foxborough area. Want to play for enough money that it matters, but not enough to have to sell my house.”

This might be a bad idea, but im going to throw it out there. I have the weekend off and I’m looking for a money game tomorrow. I’d prefer it be close to Foxborough area. Want to play for enough money that it matters, but not enough to have to sell my house.

As you’d expect, a Tour pro looking for a money game against any takers gained some traction.

Cody Sweeney, an assistant pro at nearby Thorny Lea Golf Club, was alerted to the call for action by his uncle, who acted as his liaison as Sweeney was without a Twitter account. The assistant pro reached out on Instagram as well, and Dahmen accepted, messaging back and forth to decide on the game and wager.

The match was set, Dahmen and his former University of Washington teammate/roommate and PGA Tour winner Nick Taylor versus Sweeney and his cousin, Andrew Roy, a plus-handicap. The locals were given a few shots per side by the Tour pros.

The stakes were just what Dahmen was looking for: $300 Nassau, giving each player the potential to win (or lose) upwards of $1,000, but nothing that would financially cripple anyone involved.

Today was a great day. Thanks to Cody and Andrew for the game. Thorny Lea ended up being a thorn in our side! The pros ended up losing a couple bucks, but worth the fun! https://t.co/uy1cPknh59

As Golf.com’s Zephyr Melton reported, Dahmen and Taylor got out to a quick 3-up lead through three holes, but Sweeney and Roy pressed, and got the match to 1-down at the turn.

Seemingly in how all these stories go, the match was all square as they came to the 18th tee. With Sweeney getting a stroke on the hole, Dahmen and Taylor were forced to make birdie, but neither could convert their looks and Sweeney comfortably tapped in for his net birdie to beat the Tour pros.

“It was probably one of the coolest things I’ll ever be a part of by far,” Sweeney said. “It’s something I’ll certainly remember forever.”

Both Dahmen and Taylor are in the field this week at the BMW Championship, and while their wallets may be a little lighter, they definitely made some fans outside of Boston.