John Daly Once Tossed $55K Out Of A Car Window 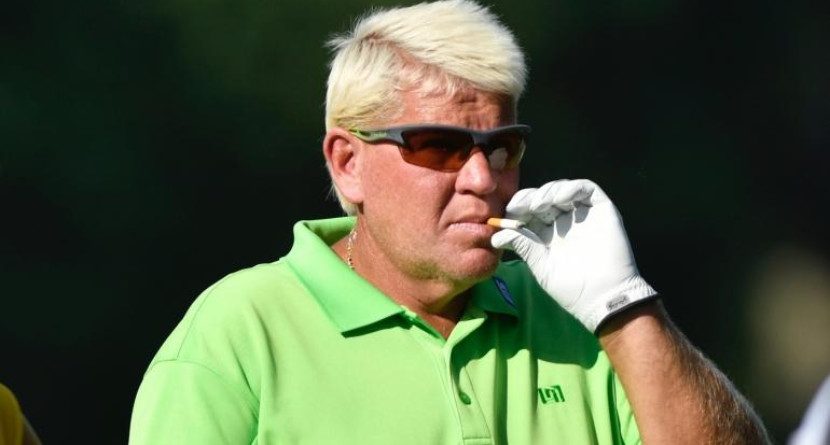 John Daly never ceases to amaze. Recently, after starring in his own critically-acclaimed 30 For 30 documentary entitled ‘Hit It Hard’ in November, he then teamed up with his son at the PNC Father/Son Challenge. Last week was no different when he went on ESPN Radio’s The Dan Le Batard Show to promote Loudmouth Golf and, of course, answered a few questions.

According to the interview, there was one particular story that caught our attention. It was about how he taught his then wife (now ex-wife) Sherri a lesson in financial planning when he tossed $55K out of a car window after getting in an argument.

“I won like $55,000 in the casino and I said (to Sherri), if you’re going to yell and scream at me about this, I threw it over the bridge going over to Memphis from Arkansas. I threw all the money out the (car) window and said, ‘You know what, if you want that money, you can go find it. But let me tell you something, you don’t have a job. You’re not working. I’m supporting you, I’m paying all the bills.’


“My buddy (then) took her to a McDonald’s drive-thru and got her two cheeseburgers and some french fries and a soda, and (it was like), ‘OK, this is how you can live from now on if that’s the way you want it.’ ”

As Golfweek reports, the story appears to have some validity. Sherri, Daly’s fourth ex-wife, discussed the incident in detail in her 2011 book, Teed Off: My Life as a Player’s Wife on the PGA Tour.

The full interview can be heard below. The pertinent story begins at the 7:05 mark.