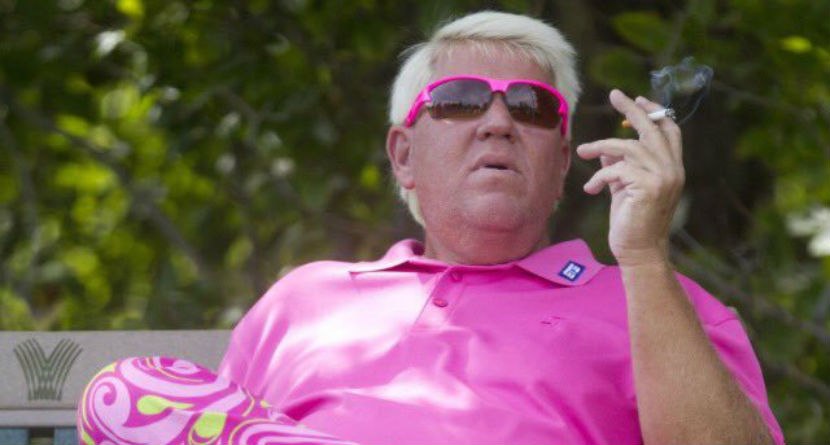 There are three things guaranteed in this world: death, taxes, and John Daly giving legendary interviews. The two-time major champion joined newly retired NFL punter Pat McAfee on his Barstool Sports podcast appropriately named “The Pat McAfee Show” for really no reason in particular except the fact McAfee is a huge Daly fan. As expected, Long John doesn’t disappoint even though he legitimately takes the call in the middle of a practice round at the PGA Tour Champions Mississippi Gulf Resort Classic. The interview is only 18 minutes long and we highly recommend you give it a listen, but here are some of the highlights for your convenience:

31:00 – The interview begins with McAfee introducing Daly and immediately breaking into his hit song “Hit it Hard.” As it turns out, McAfee used to listen to Daly’s record and that song, in particular, every time he suited up on Sunday for the Indianapolis Colts.

33:45 – Daly explains his favorite card game used to be Blackjack until casinos stopped letting him play all seven hands at the table. Now, he sticks to slots.

40:35 – Has he ever ran into somebody who wasn’t a John Daly fan? “Well, those four ex-wives…” he answered with laughter.

Like we said, this is totally worth checking out. The guy never ceases to amaze.