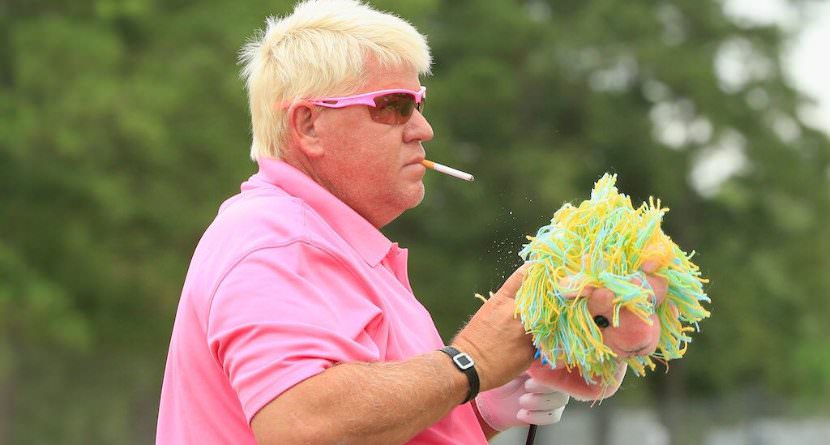 There are a few things that are guaranteed in this world besides death, taxes, and John Daly hitting golf balls out of somebody’s mouth. Long John was up to his usual antics at the PGA Show’s demo day on Tuesday where he and Loudmouth Golf CEO Larry Jackson decided to pull off the terrifying stunt. As a reminder, Loudmouth is one of Daly’s main sponsors so bashing the CEO in the face probably wouldn’t bode too well down the road.

With a cigarette pressed firmly between his lips, Daly uncorked one of his patented monster drives (with his new Vertical Groove driver) like he’s been doing it his whole life, leaving Jackson unscathed.

Here’s another angle of the shot:

What a legend! Thankfully, Daly still has a sponsor for another day.