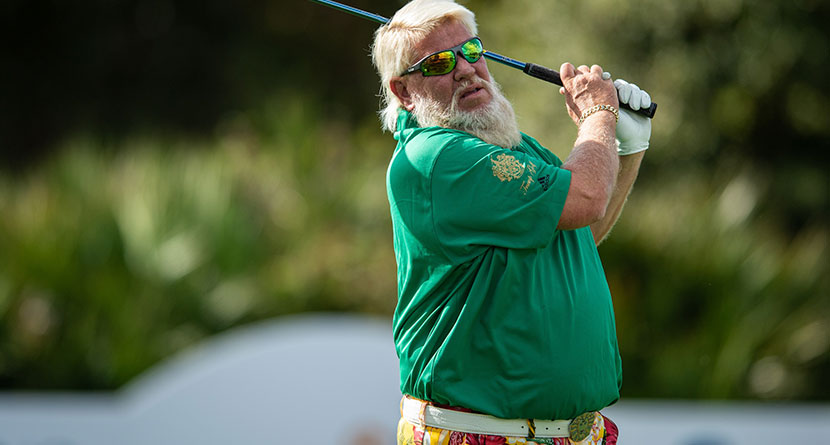 Life is never dull for John Daly. The 55-year-old two-time major champion is currently plying his trade semi-regularly on the PGA Tour Champions.

However Not-So-Long John revealed this week at the Hoag Classic in Newport Beach, California that his distance regression isn’t necessarily a result of getting older, but more due to the fact that he’s playing with a permanently separated shoulder. Seriously.

“No, no, it’s separated, I just play with a separated shoulder.”

🎙️ John Daly explains why he didn’t get surgery at @HoagClassic pic.twitter.com/mvSahl0LQw

Daly’s bunt cuts are still getting the job done. Through two months this season, Daly ranks third on the circuit in driving distance at 299.9 yards, trailing only Scott Parel and Vijay Singh.

Daly has made a pair of starts so far in 2022, a 27th-place finish at the Mitsubishi Electric Championship at Hualalai and a T66 at last week’s Cologuard Classic.