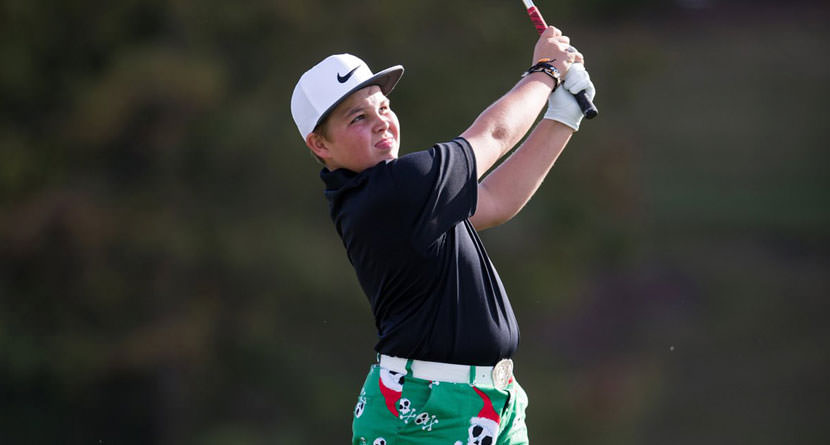 The children of professional golfers — or any professional athlete, for that matter — have a unique existence. Of course, they receive the fruits of their parents’ labor, but the expectations that are heaped upon them are difficult to live up to.

One such offspring that seems to be handling those lofty expectations well is John Daly’s son John Daly II, or “Little John” or “LJ” as he’s known. The son of a two-time major champion, LJ is forging his own path in the game by putting together a solid junior golf résumé.

Congrats to John Daly II on his big victory at Harbour Town! pic.twitter.com/xUDDxVQUJD

Golf.com’s Dylan Dethier had more information on the win.

It shouldn’t exactly come as a surprise that John Daly II has a flair for the dramatic.

But the 14-year-old, who often goes by “Little John,” has some serious game — which he put on display during last weekend’s IJGA Invitational at Harbour Town. The high school freshman shot 79-73 during a chilly weekend to get into a five-man playoff for the title. When he set himself up with a birdie putt to win, he took full advantage.

Daly triumphed over a field of 36 players from more than a dozen countries, and no other player from Daly’s year (high school class of 2021) finished inside the top 30.

Big John and Little John will be competing once again this weekend at the PNC Father/Son Challenge at The Ritz-Carlton Golf Club, Orlando.