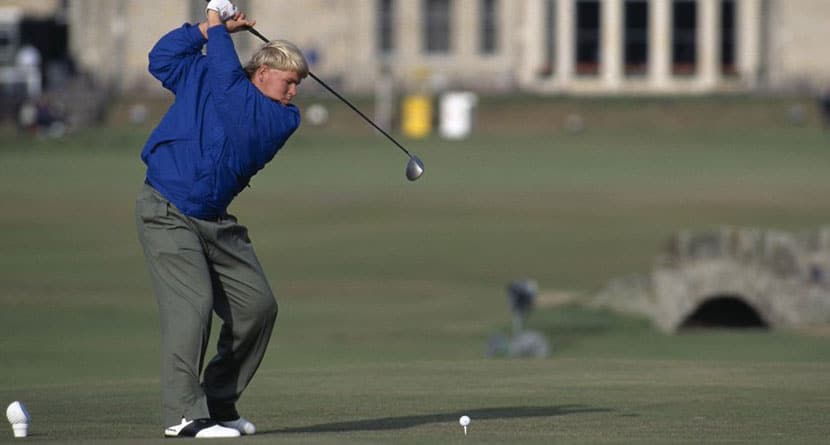 A friendly wager has long been one of the ancillary joys of The Open Championship, but in a recently-uncovered video from a 2014 interview, John Daly revealed that there was nothing lighthearted about a proposition he was given during the 1995 Open at the Old Course at St. Andrews.

In a sit-down interview on “In Depth with Graham Bensinger,” Daly recalled receiving a bribe from a local bettor the year he would go on to win the Claret Jug.

“People would come up and say, ‘Can you beat this guy at the British Open? And can you beat that guy? I’m putting money on you,'” Daly said. “And I said, ‘I don’t care, but don’t get mad at me if it don’t work out.

Daly’s response was simple and to the point.

“I didn’t know whether to report it to the tour or whatever, but you’re not going to convince me to do the one thing or the other,” he said. “Golf has too much integrity involved.”

Daly’s had his own gambling issues over the years, famously writing in his autobiography, My Life In and Out of the Rough that he estimated he’s lost between $50 and $60 million between 1991 and 2007.

“When we did the book, we looked through all my tax records and it came out to that,” Daly said later in the same interview with Bensinger. “I did it. I move on from it. I had a lot of fun doing it.”