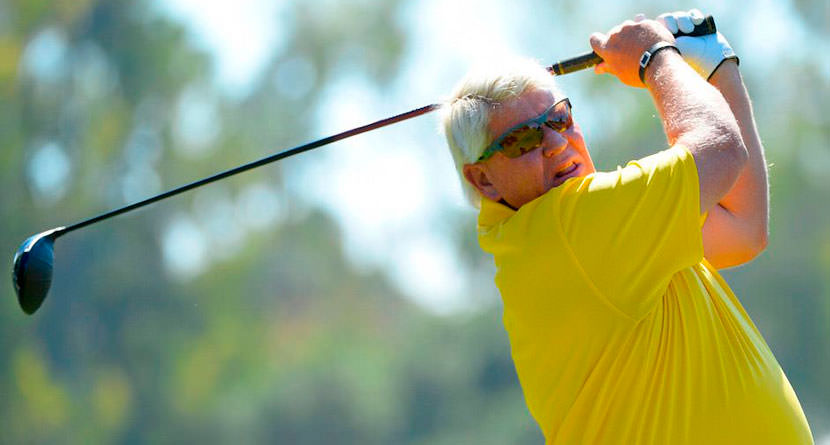 Count John Daly among the myriad of Tour pros who will be playing with new equipment in 2017. The two-time major champion and second-year member of the PGA Tour Champions will be doing things a little differently this year, as has been his life’s credo. While most players are switching between big-money OEMs, Daly is putting the relatively unknown Vertical Groove Driver in his bag.

The technology behind the club hinges upon the spin put on the ball by a typical player’s swing path. The vertical grooves are said to offset the typical outside-in swing most players have, thus imparting less sidespin and resulting in straighter drives.

Here’s a closer look at the club head.

John Daly has agreed to a multi-year deal with Vertical Groove Golf to play the company’s driver this season. pic.twitter.com/bUA16i7QIf

And here is Vertical Grooves Golf’s press release announcing their sponsorship of Daly.

“The Vertical Groove Driver, which conforms to the Rules of Golf, is the only golf club innovation to enter the market featuring vertical groove technology on the club face. The Vertical Groove Driver technology reduces side spin at impact, leading to 40% straighter ball flight on average, while also generating greater energy at impact, resulting in a stronger forward roll and increased driving distance.

“I’ve been hitting the ball further and straighter off the tee since putting the Vertical Groove Driver in my bag,” said Daly. “I’m hitting more fairways since switching to this driver and the sound of the club at impact is terrific.”

The club retails for $399 and you can build your own on VertGolf.com.