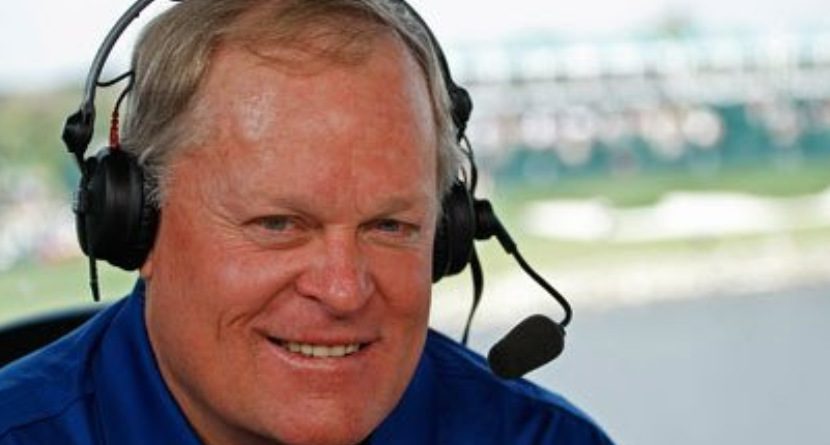 If you ever find yourself with a difficult decision, just ask yourself, “what would Johnny Miller do?” As reported last week, current PGA Tour commissioner Tim Finchem is expected to step down and pass the reigns to deputy commissioner Jay Monahan. While the move has been in the works for a while now, it didn’t stop the current NBC analyst from pitching some 11th-hour ideas on how to tackle some of the game’s biggest issues.

Speaking at a Western Golf Association fundraiser for the Evans Scholars Foundation in Chicago, Miller was asked by long-time colleague and host, Mark Rolfing, to give his thoughts on combatting slow play on tour.

“To start with I think I should be Commissioner. That would help,” said Miller, according to a Golf Digest report (did you expect anything different?) “Guys would be given penalty shots after one warning, I’ll tell you that. Right now the tour officials want to be best buddies with the players—that’s more important than enforcing the [pace of play] rules. I’d like to see these guys play quicker.”

Johnny Miller has an *interesting* solution to speed up slow play: https://t.co/8PqAaGYw67 pic.twitter.com/gjx5QRnXfW

Rolfing then inquired about the impact technology has had on the game, to which Miller responded like a rational person.

“Well, when it comes to that spring effect in clubs, you amateurs ought to get the spring effect, not the pros,” said Miller, who contends that clubs today are designed for maximum swing speeds, not weekenders’ games. When the average player buys one of those clubs he can’t take advantage of the technology, Miller believes. “Why can’t you have spring effect for 90 mile an hour club head speeds and nothing for the pros? That’s how it ought to work.”

In case you forgot, Miller fired a final round 63 at Oakmont to win the U.S. Open in 1973 using far less superior equipment. Forget commissioner, Johnny Miller for president!