Johnny Miller Slammed Phil Mickelson For No Reason At The Players 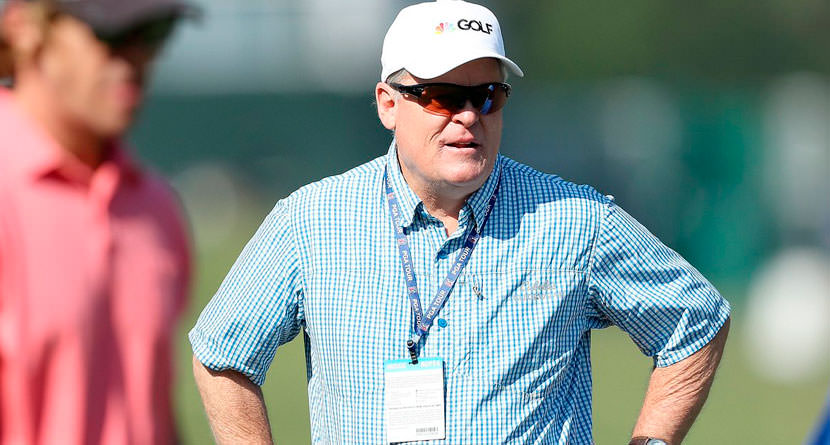 Johnny Miller is known for speaking his mind and rarely holding anything back. He lived up to his reputation on Sunday when NBC did a retrospective of Phil Mickelson pulling off a shot through the trees en route to his 2007 Players Championship title.

With Jim “Bones” Mackay, Mickelson’s former caddie, working as an on-the-course reporter for the network, the piece was clearly set up to allow Mackay to reminisce on one of the more amazing shots his boss ever pulled off. What came from Johnny Miller, however, was silence-inducing.


With Bones explaining that Phil had an opening that was about the size of a car window to hit through, Miller took the opportunity to attempt to make a joke (?) about Mickelson missing the cut this year after rounds of 79 and 73.

“He took his car back to the airport on Friday, though,” Miller said.

The joke clearly didn’t land and Miller was subsequently lambasted on social media for taking a pot shot.

Bones: He had about the size of a car window to play that shot through

John: “Well he took his car back to the airport on Friday though.”

With 29 wins including 2 Majors, one wonders why Johnny Miller is such a sour crotchety old man on the air.. is it because he didn’t rake in the millions that modern Golf Stars do? Not cool shutting down retrospective #PGA #PhilMickelson #bones #THEPLAYERS2018

Watching ’18 Player’s Championship & the announcers were having a great recollection of a shot Phil Mickelson hit. Everyone else gave wonderful memories. Johnny Miller’s response – negative about Phil missing the cut. What’s wrong with that guy? Get him outta there! Terrible!