Johnny Miller Thinks This Euro Team Is Worst In Years 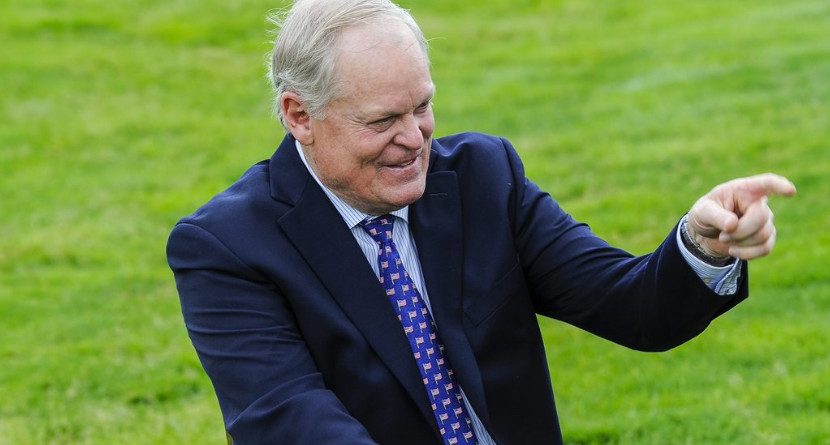 Whether you like him or not, Johnny Miller will always tell it like it is, so when you say this year’s U.S. Team is the ‘best ever assembled’ you can bet he’ll best bring the heat. The NBC broadcaster and 2-time Ryder Cupper not only squashed that notion but also decided to tee off on the European squad in the process.

”I do believe the Euros have got, at least on paper, the worst team they’ve had in many years,” Miller said, according to Golf Channel.

”I just think with all those rookies … when you lose [Ian] Poulter, it’s like tearing your heart out,” Miller said. ”I think this is the year not only could the U.S. win, they could win by like five points.”


As if that wasn’t enough, Johnny went full-bore on specific players because, well you know, he’s Johnny Miller.

”But there’s a bunch of guys you just don’t have that much confidence in,” he said. ”Even [Lee] Westwood, I don’t know if he can make putts in Ryder Cup pressure. Chris Wood? Who knows? Thomas Pieters has a good game for Hazeltine, but he might melt under Ryder Cup pressure.”

Why would you say that Johnny? Claims Europe have worst team in recent years, and @WestwoodLee can’t be trusted!https://t.co/RtRhevqKds pic.twitter.com/48zjNqEJe2

When he was asked if this year’s U.S. team could match his 1981 team, Miller said with a smile, ”No. This is not at that level.” As a reminder, the ’81 squad consisted of nine hall-of-famers and a combined 49 majors. That’s like asking Michael Jordan if last year’s Golden State Warriors were better than his 1995-1996 Chicago Bulls.

”He’s just saying that, like a boxing match. You’re throwing stuff out,” Miller said of Love. ”Normally, you don’t say that. Somebody must have said, ‘I’ll bet you 100 bucks you wouldn’t say that.’ Something like that. It’s all part of the tat-a-tat.”

Whatever you say, Johnny.