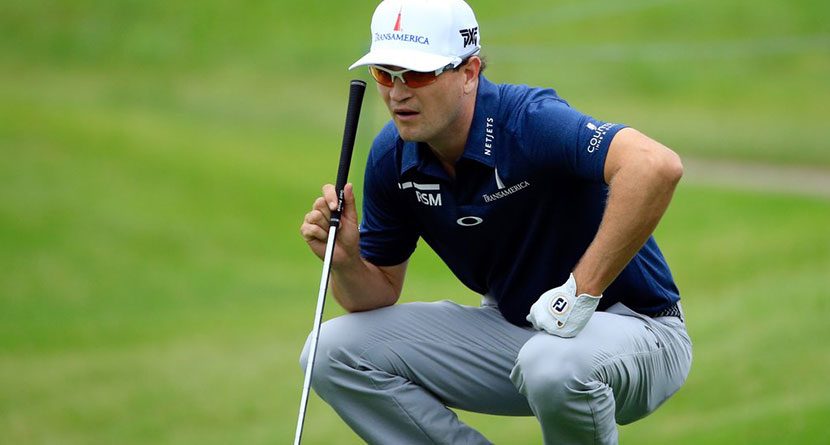 After golf received rave reviews following its return to the Olympic Games over the last fortnight, it only took a few days before another PGA Tour pro took it down a peg. Rory McIlroy notoriously caught a lot of heat for saying that golf in the Olympics didn’t jive with what he considered an Olympic sport and on Monday, Zach Johnson took his own swing at it.

Innocuously asked if he had watched Olympics, Johnson launched into a diatribe about golf’s place in the Games, how it should be altered and how irritated he was with how its inclusion messed with the PGA Tour schedule. The New York Post‘s Mark Cannizzaro got the candid quotes from Johnson.


The question was posed rather innocently to Zach Johnson after he played a practice round for the Barclays Championship on Monday at Bethpage Black.

“Did you watch the Olympics?’’

“What did you think of the golf?’’

Johnson said he’d rather see amateur golfers play in the Olympics if golf continues to be an Olympic sport.

“Make it a team format and give amateurs and college players, who don’t have the relevancy [pros do] a chance,” he said. “That would have been more interesting. For those guys who played, any time you can represent your country, it’s a pretty awesome endeavor. But we have so much international golf as it is. And the fact that it put a kink in our schedule this year irritates me. To mess with the four tournaments that matter most [the majors] because you’re at the Olympics, I’ve got a strong, strong disdain for that.’’

For all those looking for some honesty from the game’s best players, there you have it. While Johnson’s comments on the Olympics are clearly not individual — hi Rory — it is one of the first times we’ve seen a player so obviously bring up how much the schedule shake up has bothered him.

Agree with ZJ or not, this is what we want from our top players. The canned answers we often get are concocted by their managers and public relations teams, but the truth will set you free. Let’s take Johnson’s comments for what they are — one man’s opinion — and not rake him over the coals for not acquiescing to incessant canned PR babble.