Rahm, DeChambeau Out Of Olympics Due To Positive COVID-19 Tests 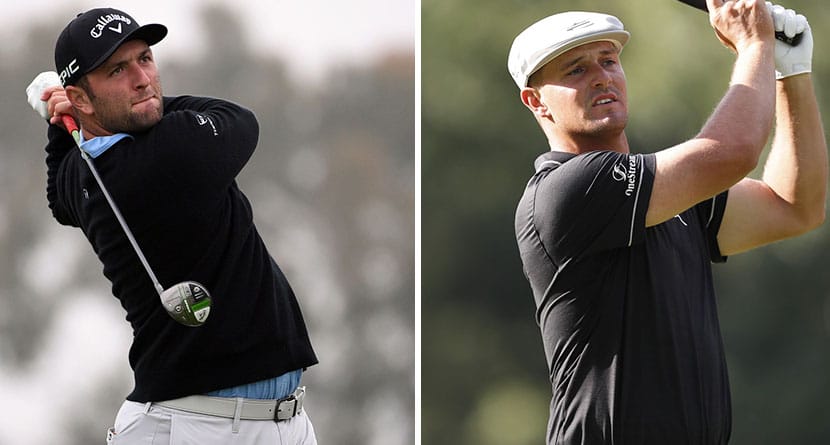 The Men’s Olympic Golf Competition took another hit over the weekend as two of the top-6 players in the world were forced to withdraw due to positive COVID-19 test results.

According to an unexpected announcement on Saturday night from International Golf Federation and USA Golf, DeChambeau tested positive as part of the final testing protocols before leaving the United States for Japan. Rahm’s positive test was announced by the Spanish Olympic committee.

For Rahm, the world’s highest-ranked player, it’s the second time he’s tested positive for COVID-19 in two months. The reigning U.S. Open champion was forced to withdraw from June’s Memorial Tournament after completing 54 holes and amassing an 8-stroke lead.

“I would have loved to have been the first Spanish Olympic gold medalist in golf,” Rahm said in a tweet, “but unfortunately destiny had other plans. This is a great reminder for all of us that we’re still in a pandemic, things are not over, and we still need to fight together to get through this the best we can.”

Rahm will be replaced on the Spanish team by Jorge Campillo, joining Adri Arnaus.

As for DeChambeau, his positive test came as he was preparing to head to Japan halting his travel plans.

“I am deeply disappointed not to be able to compete in the Olympics for Team USA,” DeChambeau said in a statement. “Representing my country means the world to me, and it is was a tremendous honor to make this team. I wish Team USA the best of luck next week in Tokyo.

“I will now focus on getting healthy, and I look forward to returning to competition once I am cleared to do so.”

Bryson DeChambeau tested positive for COVID-19 and will be unable to compete for Team USA in the Olympics. Patrick Reed will replace him pic.twitter.com/ofK0tX3GeE

Patrick Cantlay and Brooks Koepka were the first and second alternates after DeChambeau, but they opted out of playing, meaning Patrick Reed will round a U.S. contingent already featuring Collin Morikawa, Justin Thomas and Xander Schauffele.

Reed found out he would be eligible for the Olympics while he was competing in the 3M Open on the PGA Tour this week. Receiving word on Saturday, Reed said he expected to fulfill the requirements to compete and hopes to perform well later this week in his second Olympic Games.

“These days with how good yardage books are and with how much we have to kind of figure things out on the fly as it is, I expect to go in there and play well and be able to manage the golf course and hit the golf shots,” Reed said on Sunday in Minnesota.

“I wish Bryson nothing but the best, and I know how disappointed he is to not be able to compete, and I will do my best to play my best and represent our country,”

Having tested positive at the Memorial Tournament, Rahm would have been exempt from testing on the PGA Tour. Conversely, both the European Tour and the R&A confirmed Sunday to ESPN.com’s Bob Harig that all players in both fields were required to take a COVID-19 test as a condition of play regardless of vaccination status or a prior COVID-19 positive result at last week’s Open Championship in which Rahm and DeChambeau both played.

At The Open, all players also were required to take an exit test. All passed.

Olympic protocols require stringent testing before athletes left for Tokyo and after they arrive. Neither Rahm nor DeChambeau were able to travel after producing positive tests.