Rahm Loses It On Fan At Spanish Open 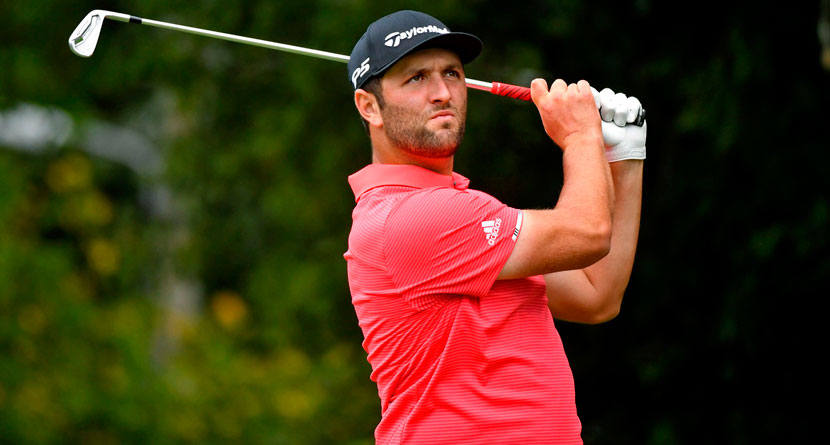 Jon Rahm is known for his short temper, but in the wake of Korean PGA Tour pro Bio Kim’s meltdown on the tee box of an event last week, Rahm reacted admirably when a fan distracted him during a tee shot in the first round of the Open de Espana on Thursday.

Defending his two-shot victory at his national open from last year, Rahm got off to a good start in the first round birdieing two of his first four holes before reaching the dogleg-right par-4 6th hole.

Playing an iron off of the tee for positioning, Rahm made contact and immediately dropped the club and turned on a dime to confront a fan.

“Por favor,” Rahm said right away as he glared at the fan in question with outstretched arms. As Rahm’s ball fell into the right rough, he can be heard in the background of the broadcast muttering in Spanish.

While clearly agitated, Rahm was able to recover and make a par on the hole.

He would go on to notch four more birdies over the next 11 holes before dropping his only shot of the day on the par-4 18th to post a 5-under par to finish the day in a tie for third place, three shots behind first-round leader Kristian Krogh Johannessen of Norway.

Rahm has played well this season and sits in second place in the season-long Race to Dubai on the European Tour trailing only Open Champion Shane Lowry. Rahm missed the cut at the Alfred Dunhill Links last week, but prior to that, he had finished inside the top-13 in nine consecutive events around the world.