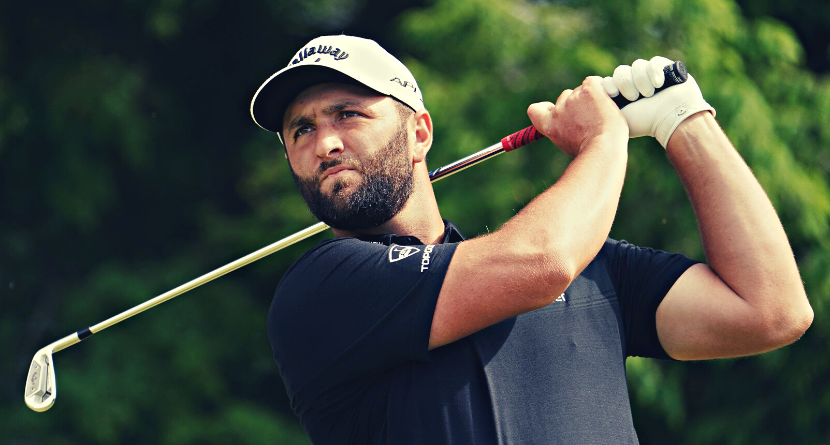 Jon Rahm capped a 1-under 69 in the opening round of his U.S. Open title defense at the Country Club on Thursday with a bizarre birdie: after he hooked his tee shot into the thick rough, a couple of young fans in plain view of a rules official — and Rahm — decided to pocket the ball and run off.

Afforded a free drop since the perpetrators were caught in the act, Rahm hit a nifty approach to 20 feet and buried the putt. The Spaniard sits three shots back of leader Adam Hadwin after an admittedly uneven performance, which bodes well for his ability to grind his way into contention.

“I’m just really happy somebody spotted the ball first,” Rahm said. “We knew exactly where it was. Off the tee, I was comfortable. I was past all the trees. It was downwind. I wasn’t trying to go that far left, but I was trying to take it over the trees and over the bunkers.

“After the free relief, I had 135 yards to the pin, in an area where the rough wasn’t that thick. I don’t think they expected anybody to hit it there or be around there, so I was able to drop it in an area that was a little downgrain. I wasn’t in jeopardy of carrying the bunker. That wasn’t really a concern.”