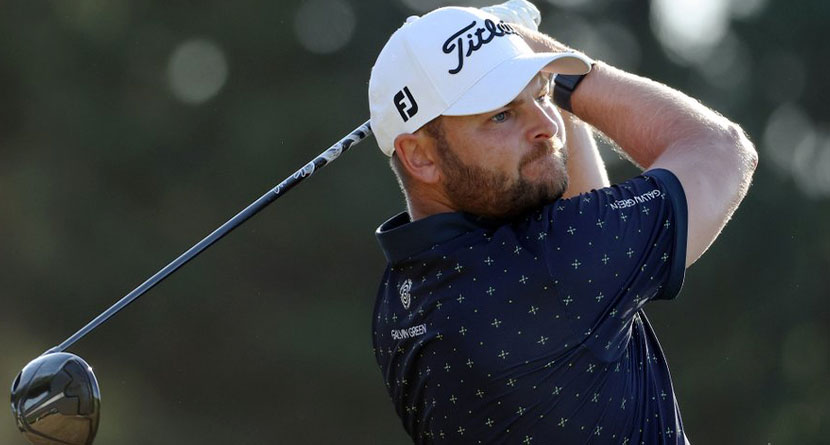 VILAMOURA, Portugal (AP) — Jordan Smith led from start to finish to win the Portugal Masters for his first European tour victory in more than five years on Sunday.

Smith shot an 8-under 63 to finish the tournament at 30 under par. The Englishman ended three shots ahead of Gavin Green, who was trying to give Malaysia its first European tour win.

Smith’s winning total was one better than the European tour record set by Ernie Els at the 2003 Johnnie Walker Classic, but due to preferred lies this week, Smith’s will not go into the record books.

Smith had two runner-up finishes this season but had not won on the European tour since earning his first victory in 2017.

“It’s just been a really good year. I’m really happy,” an emotional Smith said. “There was a lot of pressure. Just nice to finally get a second win.”

The 29-year-old Smith shot in the 60s in every round and had 27 birdies, three eagles and only three bogeys across the four days at the Dom Pedro Victoria Golf Course.

The win moved him into No. 9 in the DP World Tour rankings.

Sebastian Heisele, who was playing his last European tour event before retiring and going into coaching, finished in a tie for fifth, 11 shots off the lead.