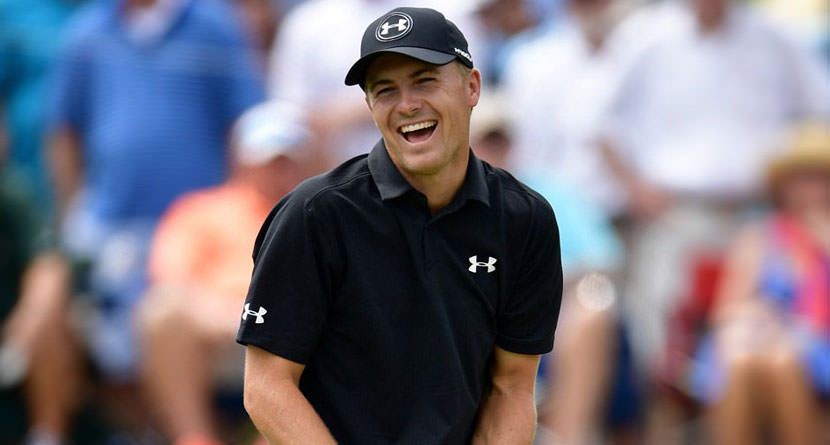 Jordan Spieth has a lot to be thankful for this Thanksgiving. Although the 24-year-old will be some 8,500 miles away from his family over the holiday, he’ll be scooping up enough cash that should more than cover his holiday shopping this season — and that’s before he even swings a club in competition.

We are blessed that he’s playing again pic.twitter.com/5eCQN47v5n

Golf.com’s Jessica Marksbury had more on the number Spieth is reportedly fetching and impact his appearance has already had on the event.

According to a Reuters report, Spieth stands to make $1 million — and that’s before he hits a single shot.

While the fee may seem excessive — especially when the tournament’s total purse is only 1.25 million Australian dollars (that’s $943,624.93 based on today’s currency conversion rate) — it’s a common practice for international off-season events to offer hefty appearance fees to players in a effort to entice the game’s biggest stars to show up.

The southern hemisphere certainly seems to agree with Spieth, who has won the event two out of the last three years, and was a co-runner-up with Adam Scott in 2015.