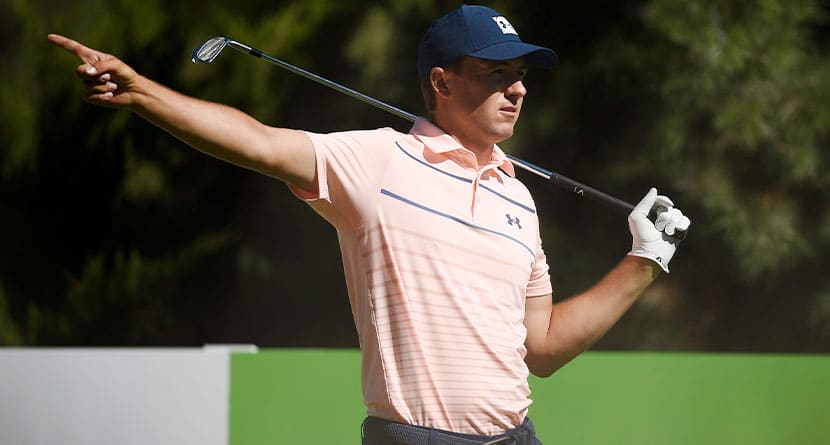 Three-time major champion and former World No. 1 Jordan Spieth hasn’t won anywhere in the world since his 2017 Open Championship triumph. However, as he enters his third calendar year without a victory, he’s enlisted the help of one of the most well-respected swing coaches in the world, according to a report from Golf Digest’s Dave Shedlowski.

In a New Year article entitled, “What the sophisticated golf fan should be looking for in 2021,” Shedlowski predicted that Spieth would get his first win since that fateful Open at Royal Birkdale.

“Somewhat recently there have been rumblings that Spieth, 27, has sought direction from Butch Harmon on his full swing, which Golf Digest now has confirmed,” Shedlowski wrote. “Apparently, Spieth wanted validation from Harmon that he is on the right path in making changes under longtime coach Cameron McCormick. Another set of eyes, especially Harmon’s, can only help, especially in building confidence.”

Point of clarification. He has seen Harmon to get another set of eyes on changes he’s making. But Cameron McCormick also remains on the team.

Almost immediately, a visit to see Harmon turned into Spieth working with Harmon, which the renowned instructor debunked on his Instagram page.

“This is not true and I have no idea who has said this,” Harmon captioned the photo.

Almost assuredly this is a matter of semantics. McCormick remaining part of the team is no surprise, but it is interesting that Spieth is seeking outside assurances before he begins his 2021 schedule later this month at the Farmers Insurance Open.

Spieth’s ball-striking, which was largely overlooked during his sensational run from 2015-2017, has fallen off dramatically in the past few years, hence the confirmation-seeking from Harmon. Spieth finished inside the top-25 in strokes gained: tee-to-green in five of his first six seasons on the PGA Tour, but he finished the past two seasons ranked 157th and 90th, respectively.

Similarly, Spieth’s putting has fallen off as well, ranking outside the top-100 in strokes gained: putting two of the past three years.