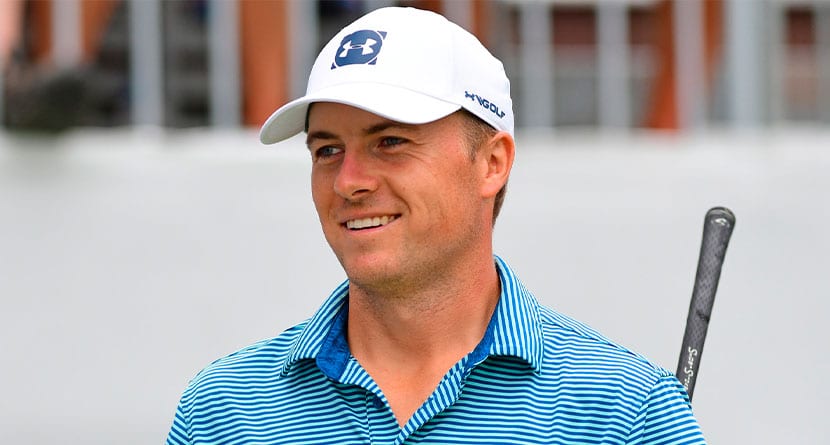 Unlike many professional golfers — and as evidenced by the infamous SB2K trip — Jordan Spieth appears to enjoy a casual round of golf here and there when he’s not grinding week in and week out on the PGA Tour.

One such round came earlier this year during a getaway to Colorado with his wife, Annie, and some friends. Playing a fun round at The Snowmass Club, a private course just outside Aspen, Spieth fell victim to a cruel prank played on him by a homeowner on the course.

As GolfDigest.com’s Daniel Rapaport reported, when a former World No. 1 and three-time major champion is playing your club’s golf course, there’s going to be some interest amongst the membership. And as word got around, Shane Smith, a local property manager who lives near the 12th green, thought he may have the opportunity to prank the Tour star.

The 12th hole at Snowmass is a drivable par-4 with an elevated green that tips out at 354 yards on the scorecard, but at elevation is easily reachable for one of the best players in the world. As Smith told Rapaport, Spieth pulled off the shot, finding the putting surface some 20 feet from the hole.

That’s when Smith sprung into action. He left the confines of his property, marked Spieth’s ball and placed the ball in the hole.

Heard a hilarious story about Jordan Spieth a few months ago, finally confirmed with him that it’s true yesterday.

“I wanted to make his day, I wanted to do something funny” Smith said.

When Spieth arrived at the green, he asked Smith, who was standing nearby, if he had seen a ball come up.

“No, man. It bounced twice and went into the hole,” Smith said. “Nice shot!”

That’s when things got a bit out of hand for the prankster. Smith said Spieth started going nuts, celebrating and saying he’d never made an ace on a par-4 before. Spieth’s wife got in on the action, as did his friend who Spieth told to pick up his ball in the fairway because whatever game they were playing, Spieth’s hole-in-one was going to win the hole.

“I told him, ‘Hey, man, I was trying to be funny, and you might not be able to hear me because I have my foot so far down my throat. But your ball finished over there. I actually put it in the hole,'” Smith said.

After telling Spieth he wasn’t joking about moving the ball; his drive had actually ended up 20 feet away where the mark was.

“(Spieth) told me, ‘Man, you took me from the mountaintop way down to the valley,'” Smith recounted.

“I told him I knew who he was,” Smith said. “He couldn’t have been nicer about the whole thing. Just an awesome story that I’ll never forget.”

Maybe it was an awesome story for Smith. We’re not so sure Spieth feels the same way.