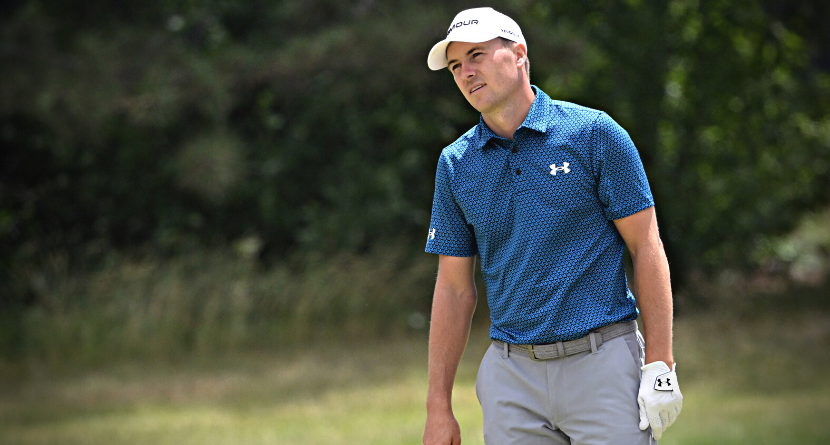 An absent-minded gesture resulted in the rare disqualification of a pro playing in a star-studded Irish exhibition on Monday.

World No. 12 Jordan Spieth, who was among the premier attractions playing in the Irish charity event that doubles as a scramble for the amateurs, was booted from the individual competition at the JP McManus Pro-Am after failing to brush in a gimme on the 14th hole.

Jordan scooped up a gimme when his score didn’t count for a hole, forgetting that there was a solo portion. He continues to play with his Amateurs and just made a birdie on 16.

Spieth’s score wouldn’t have counted, so he did what many of us would do in a casual match with friends: he picked up his ball. After learning he was disqualified from the individual competition, Spieth was permitted to keep helping his teammates, who happened to be members of the McManus family. He promptly contributed a birdie on the 16th hole.

The three-time major champ has a habit of getting into — and out of — some sticky predicaments. But this is most assuredly a new one.

Next up for the 28-year-old is the Scottish Open later this week, a final tune-up before the Open Championship at St. Andrews. The last time the Old Course hosted the Open in 2015, Spieth missed out on a playoff by a single stroke.