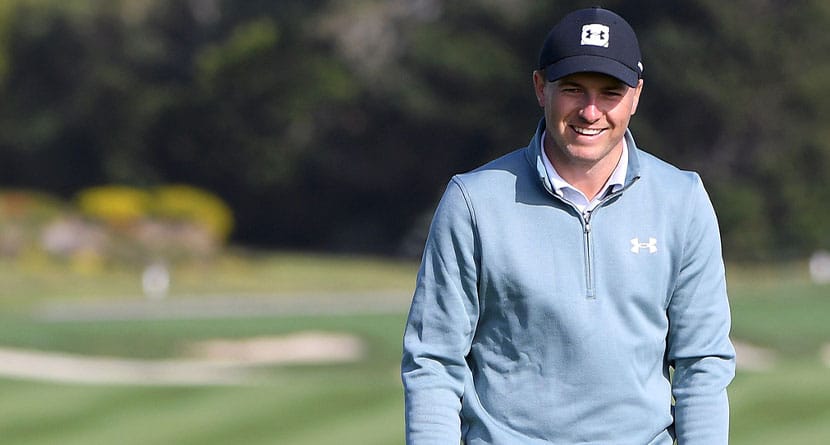 Jordan Spieth may officially be “back” as it pertains to his play on the golf course, but following his performance on the mound on Wednesday in Arlington, his golf resurgence has come at the expense of one of his former skills.

A former pitcher before dedicating his life to golf, Spieth’s mother Christine told Golfweek that she had no doubt had Jordan not pursued golf, a Division I baseball scholarship was a likely destination.

“Jordan played on highly competitive sports teams with many boys who ended up going to college to play D1 sports,” Christine Spieth said in 2017. “I have no doubt that he would have played D1 baseball if he had continued to play in high school. He is a ‘team’ player first and foremost. That is why he loves the team events. I think playing team sports helped him develop leadership skills, too.”

That acumen on the mound bore itself on more than one occasion as Spieth rose to superstardom on the golf course. Spieth was a natural “first pitch” thrower when the Tour came to town. In 2013, Spieth threw out the first pitch at his hometown Texas Rangers game; in 2015, he had the honor of throwing out the first pitch at Fenway Park; and in 2017, he threw a strike at Wrigley Field.

In all three instances, Spieth toed the rubber and delivered strong efforts.

After 2017, Spieth called the venues “three bucket-listers,” and vowed to retire from the pitching game, and perhaps he should have stuck to his word because on Wednesday back in Arlington Spieth again climbed the mound.

Fresh off a runner-up finish at The Open Championship, the Rangers called in the lefty to pitch to the team’s mascot ahead of their game against the Arizona Diamondbacks and it went… poorly.

Spieth’s attempt didn’t reach the batter’s box and sent Rangers Captain (the actual name of the mascot) scrambling to the backstop.

Spieth doubled over in shame before apologizing and posing for a picture.

He’ll be back on the course next week at the WGC-FedEx St. Jude Invitational.