Spieth, Stenson Hit With Penalty For Teeing Off From Wrong Tee Box 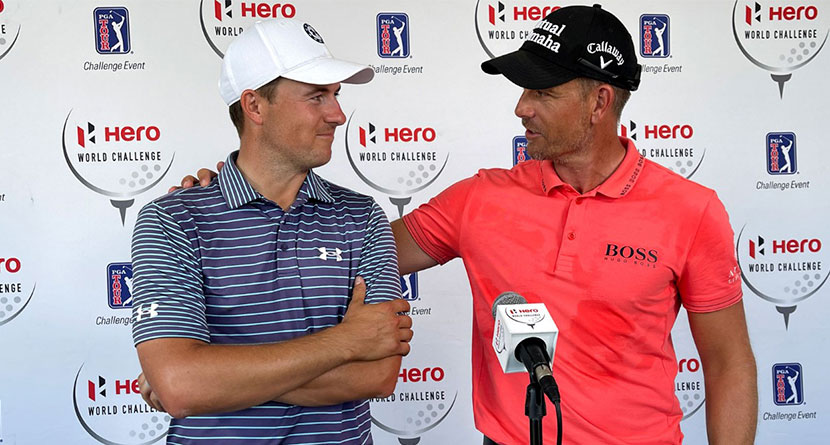 There’s not a lot of places to hide in a 20-man field that features some of the best players on the planet, so when Jordan Spieth and Henrik Stenson saw things going sideways over the first three rounds of this week’s Hero World Challenge, they were happy to head out first on Sunday and get out of dodge.

Unfortunately for the pair of major champions, their quick pace caused them to overlook a change in tee boxes on the 9th and 17th holes at Albany Golf Course.

Warned throughout the week that a tee box switch could be utilized, Spieth and Stenson weren’t at their sharpest on Sunday morning almost two hours ahead of the leaders and trailing by more than 15 shots.

Unknowingly, after completing the 8th hole, both men walked to where the 9th tee box had been all week. However, the tee box for the par-5 ninth hole had been moved up and to the left, with the par-3 17th tee having been moved back and to the right. Appropriate signage to signify the change was made as well. 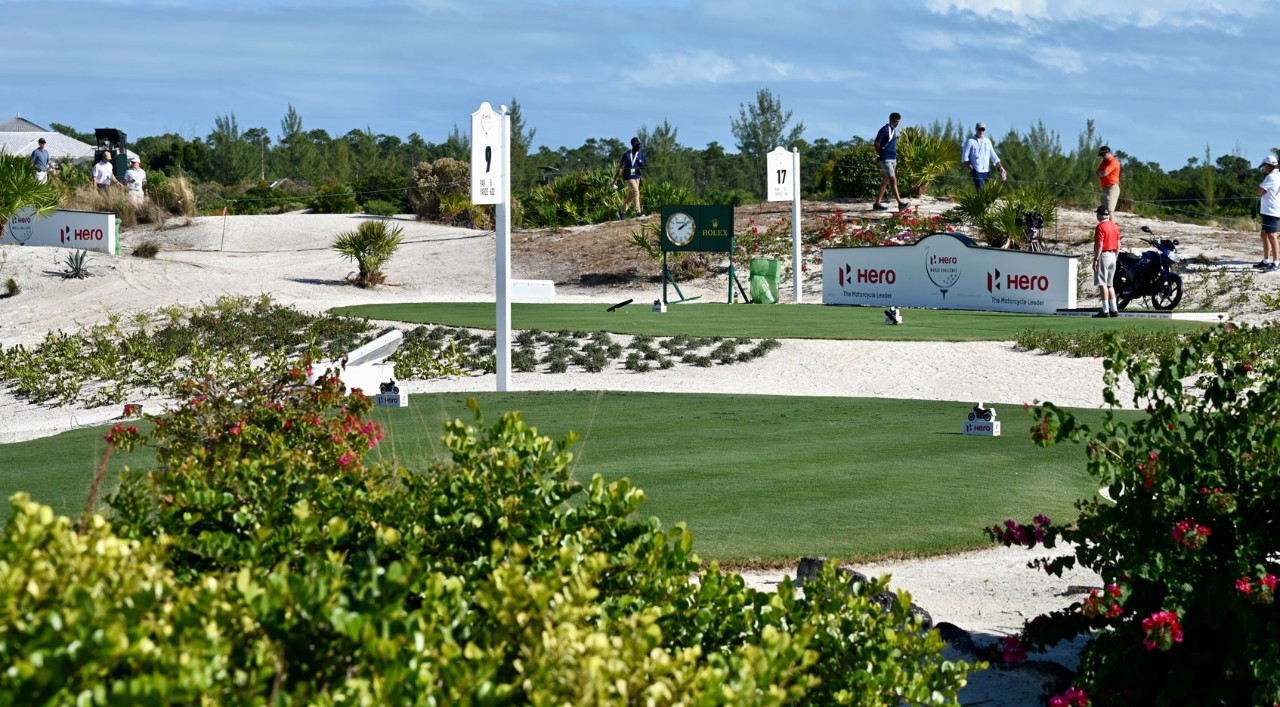 “We kept our heads down off the finishing out on hole No. 8, and walked to the ninth tee box that we did on Wednesday, Thursday, Friday, Saturday and put the ball down and hit some beautiful tee shots,” Stenson said. “Then when we went down to the balls.”

That’s when someone in the television truck noticed the error and passed the information along to Chief Referee Stephen Cox, who confronted the twosome in the fairway.

“The Rules official said, ‘Did you hit off the right tee box?’” Stenson said. “And we’re like, well, yeah, kind of – and then we looked back and saw that there was another one forward and left.”

On the broadcast, Notah Begay reiterated that players were aware a switch was possible and that both would be hit with a two-stroke penalty for playing from the wrong tee box under Rule 6.1b.

“If the player does not correct the mistake before making a stroke to begin another hole or, for the final hole of the round, before returning his or her scorecard, the player is disqualified.”

A little frustrated with the switch and the lack of guidance from staff on the ground, Spieth and Stenson went back to the correct tee and played their third shots. Spieth would go on to make a triple-bogey 8 while Stenson made a double-bogey seven.

Beings that it was an unofficial event and both men were making more than six-figures for the week, the frustrations didn’t boil over into the post-round press availability, which the two did together.

Sometimes all you can do is laugh. pic.twitter.com/YKHt2S5mGr

After a brief and light meeting with the press, Stenson signed off saying that he and Spieth had never done something that like that before and they hope to avoid a similar fate in the future.

“A little note on the tee box would have been helpful, and I will make sure I tee it up on the right tee box in the future because I don’t think I’ve ever done this before,” Stenson said. “Have a nice Christmas everyone and we’ll see you in the new year.”