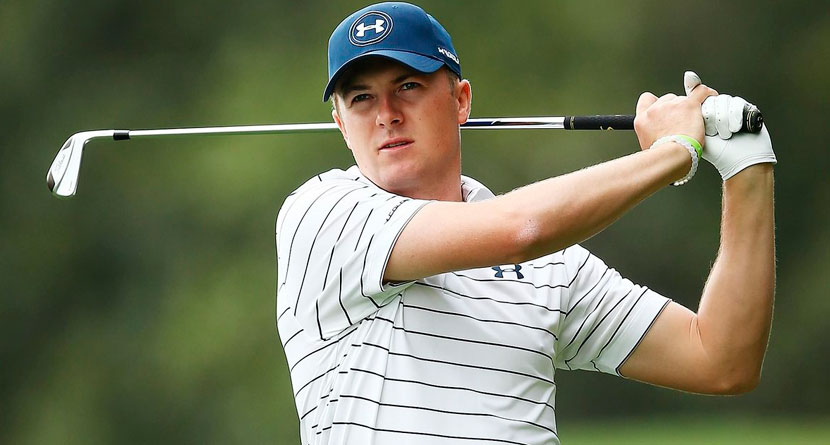 By Jordan Spieth’s standards, he had a solid 2016 season — two wins, eight top-10s and over $5.5 million earned on the course. However, with no major wins coming off of a season in which he won two and had a chance in the others, critics claimed that the sky was falling on the Golden Child, Chicken Little style.

While most of the stats back up Spieth’s assertion that, no, the sky was actually not falling, there was an area of his game that Spieth himself has identified as his weakest link and a reason he didn’t have more success in 2016.

GolfChannel.com’s Will Gray documented Spieth’s self-diagnosis, which was levied ironically in his defending champion’s conference call for the SBS Tournament of Champions, which will kick off the 2017 schedule on Jan. 5.


After a season that included a trio of individual wins and a pivotal role in a Ryder Cup victory, Jordan Spieth is eager to turn the page to 2017. And when he does, his focus will be right in the middle of his golf bag.

Spieth notched bookend victories this year at the Tournament of Champions and Australian Open as well as a win in front of partisan crowds at the Dean & DeLuca Invitational. But he also let a second Masters title slip away and failed to contend at any of the other three majors.

As he gets set to defend his title at Kapalua, Spieth explained on a conference call this week that he hopes to improve his short-iron game.

A dialed-in Speith with his irons is a dangerous Spieth, as we saw in Australia. Identifying his weakest link and turning it into a strength could spell trouble for the rest of the PGA Tour in 2017.