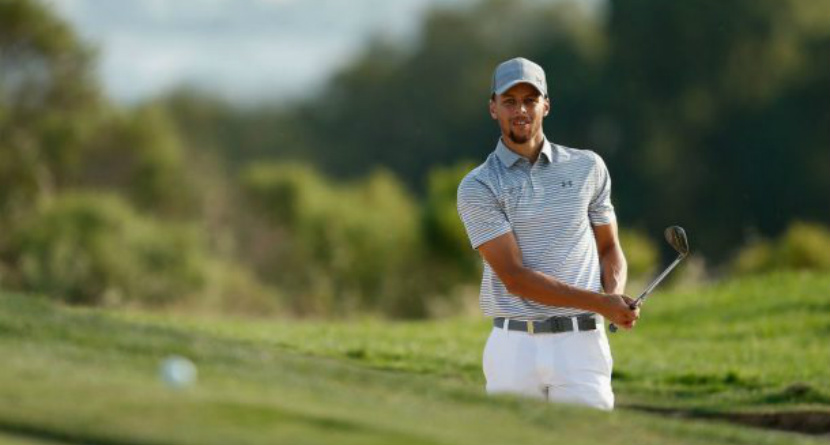 NBA star Steph Curry may not have made the cut in his pro debut at the Web.com Tour’s Ellie Mae Classic, but he left quite the impression. The two-time league MVP fired a pair of 74s at TPC Stonebrae shattering expectations in the process.

“That was awesome what he did yesterday,”  Jordan Spieth said Friday at the WGC-Bridgestone Invitational, according to an AP report. “I think he certainly beat most everybody’s expectations, but I don’t think that really surprised him. It was pretty cool — really cool — to see. You see him fist-pumping out there, and just him talking about how nervous he was when he heard his name called, it just makes us feel a little better when sometimes some of the stuff he does looks like a robot.”

While Curry was 11 shots off the cut line, it didn’t quite feel that way. Large crowds cheered the Golden State Warrior point guard on during nearly every shot. It also puts into perspective just how good these guys on Tour really are.

“To be honest, I think it’s pretty special for a two-time MVP to be able to shoot 74 at a pro event and beat other pros,”  Jason Day said.

.@StephenCurry30 left this week @EllieMaeClassic with immense respect for the caliber of competition on the #WebTour. pic.twitter.com/pVGQct1jHn