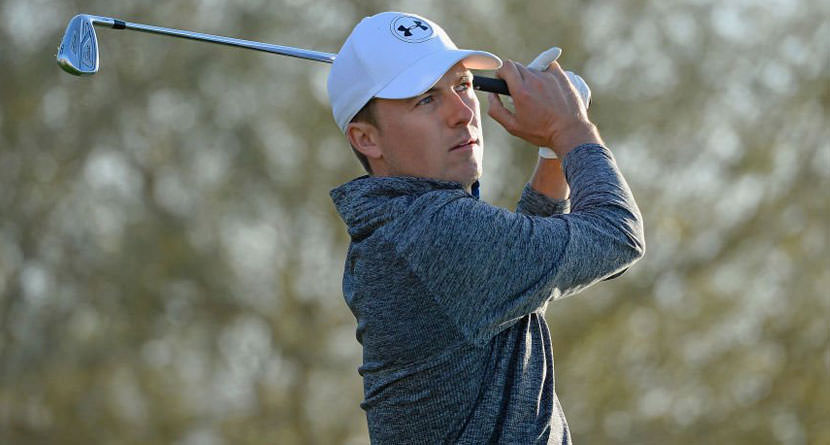 Okay, so maybe not everybody loves Raymond. Add Jordan Spieth to that list.

Spieth, who is playing alongside country singer Jake Owen, Dustin Johnson and Wayne Gretzky was standing over his tee shot on the fifth hole of the AT&T Pebble Beach Pro-Am on Saturday when he aborted his shot due to a rogue golf ball flying in his direction.

GolfDigest.com’s Alex Myers added some more context to the near-disaster.

During Saturday’s third round at Pebble Beach, the three-time major champ was preparing to hit his tee shot on the fifth hole when shouts of “Fore!” caused him to duck. An errant golf ball had come from someone skulling a bunker shot on the fourth hole. And not just anyone, but Ray Romano.

Only in a pro-am. ???? #QuickHits pic.twitter.com/kuHziiRWWz

That’s one way to forget about some recent struggles on the green. Golf Channel’s Randall Mell confirmed Romano was the culprit.

Got the real pro-am experience this morning at the AT&T Pebble Beach. Standing on fifth tee watching @JordanSpieth get ready to tee off & Ray Romano skulls a screaming bunker shot from 4th FW over my head & Spieth’s head & everyone on that tee

Romano, listed as a 17-handicap, is partnered with PGA Tour rookie Tom Lovelady in a group that also includes another rookie, Keith Mitchell, and 15-handicap Larry the Cable Guy.