Jordan Spieth Has a Racehorse Named After Him 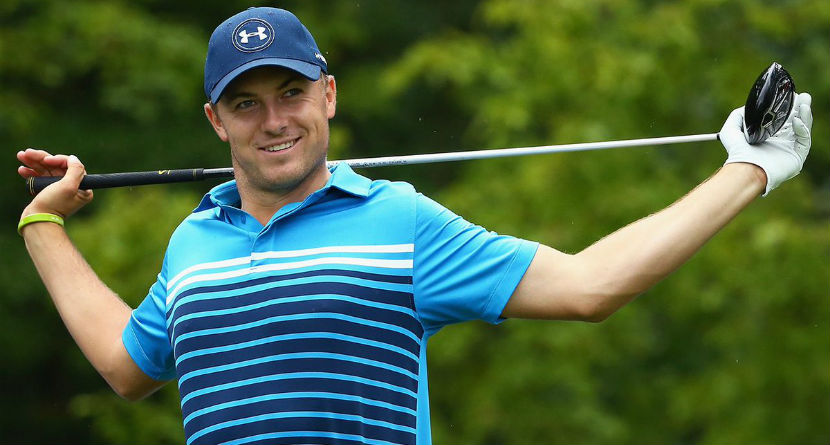 Jordan Spieth has made quite a name for himself in his short career. Nine PGA Tour wins including two majors and ascending to world number one by the time you’re 23 will do that. However, you haven’t officially made it until you have a racehorse named after you. Oh wait, he does. A four year-old horse from New Zealand is literally known as Spieth, and it wasn’t by accident either.

“We were throwing around ideas for names and Spieth had just won the Masters,” trainer Bryce Heys told Racing.com. “I thought it sounded like a good name, threw it in the hat and the boys liked it. That was that.”

There’s a racehorse named after @JordanSpieth, and he’s racking up wins just like his namesake: https://t.co/L2ujUueLt3 pic.twitter.com/CNIPcmCrVv

This chestnut stallion is no slouch either. Spieth, the horse, has won five of 11 races he’s competed in, earning $534,640 in prize money. Not bad considering he only cost his benefactors $200,000 to buy.

Ironically unlike the real Spieth, Spieth the horse has never been put on the clock for poor time.