Spieth’s Putting Woes: “A Lot of Work to Do” 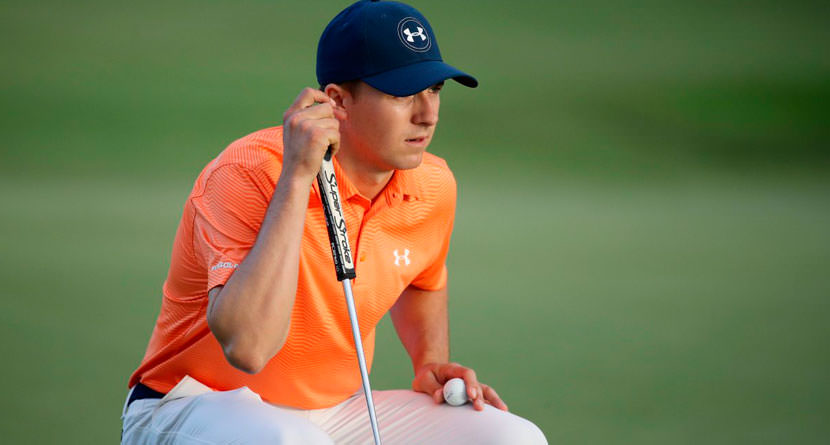 Jordan Spieth’s rise to superstardom was largely made on the greens. Despite a severely underrated long and iron game, ask casual golf fans what Spieth’s biggest asset is and his putting will undoubtedly be the answer.

With that kind of pressure on a short game, especially one that has already helped to collect three major championships by age 24, questions are destined to arise when things seem to go a little sideways. Despite posting a pair of top-18 finishes to start the 2018 campaign, Spieth insists there’s still work to be done on the greens in the weeks and months leading up to the first major of the season.

Despite winning three times (including a major), Spieth battled putting woes throughout the 2017 campaign, at one point moving from his beloved Cameron 009 model putter to a T5W mallet (only to switch back the next week). Through two events this season, the results have remained unsteady.

Speaking to reporters after his final round at the Sony Open, the 24-year-old acknowledged his woes.

“Yeah, just I got a lot of work to do in the putting game,” Spieth said, who finished 18th at Waialae after a ninth-place showing at the Sentry Tournament of Champions. “I think I was somewhere close to about 100th this week in strokes gained. I was like 95th going into today and made a couple outside 10 feet, but then I also missed a number of them. So I’ve got a lot of work to do with the putter, it’s as simple as that. Everything else is plenty ready to win.”

His results weren’t that bad; he finished the week 58th in strokes gained/putting. Combined with his results at Kapalua, though (he finished 30th in the 34-player field in the category), it’s a continuing trend from last year’s troubles.

But in his judgement, Spieth is not overly concerned at the moment.

“I don’t take a lot of stock out of this,” said Spieth, who also confessed he had been sick for most of December. “It was a lot of just—it was a lot of trial and error, just kind of see where things are and see where adjustments need to be made. I didn’t have high expectations, like I mentioned, going into the first one in Hawaii. I said it quite a few times. It’s going to be at least eight to ten rounds before I can hopefully get comfortable with the putter with adjusting back to where I should be.”

One thing instilling confidence: his iron game. The Texan, who lead the tour in strokes gained/approach last season, led the field in greens in regulation for the second straight week.

“These two weeks were tremendous progress for me,” Spieth said. “I would have liked to have the putting obviously there, but during the round it’s difficult for me to accept, but then after, I’m able to kind of reconcile with the time that’s needed to get things in place.

“With that being said, it can be a lot streakier with the putting, and it’s a more kind of a slower process with the full swing.”