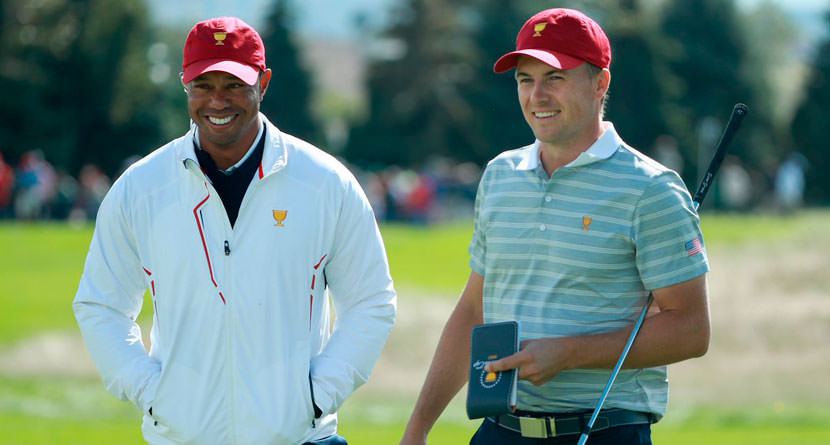 If last week’s Hero World Challenge made one thing clear, it was that Tiger Woods can still bring eyeballs to the sport. The argument for what that means for golf is one for another day, but with Woods in the field for four day — the first time since 2016’s Hero World Challenge — the Tour’s television partners saw big increases.

According to viewership numbers from Show Buzz Daily, the Hero pulled in a 1.29 on NBC during Saturday coverage, with Sunday trailing slightly behind at 1.19. Just as notable was Golf Channel, with a significantly lower household reach than their parent company, managing to post a 0.57 on Saturday and a Sunday 0.38. These figures rank as the most-watched golf presentation of the 2018 campaign, and are competitive with the season-ending Tour Championship (1.16 on Saturday, 1.60 on Sunday). For context, football continues to be the king on the calendar, with NBC’s Sunday Night Football pulling in an 11.32.

Tiger’s strong Thursday-Friday start, along with the observations that the 14-time major winner appeared looser and more agile than last year’s ill-fated comeback, likely spurred its share of curiosity. According to the Golf Channel, this year’s Hero saw a 29 percent increase over the 2016 event, and with 22.4 million total minutes streamed (a 201 percent increase year-over-year) it was second only to the Open Championship among NBC golf events this season.

That last sentence in Beall’s story seemed to carry a little weight with a certain Champion Golfer of the Year. Taking the opportunity to rag on his idol, Jordan Spieth tweaked Woods on social media when it was revealed that the only the Open Championship had done better than this past week’s glorified exhibition.

Commenting on Golf Digest’s post about the ratings, Spieth razzed the 14-time major champion a bit.

Let the build-up for the 2018 major season begin.