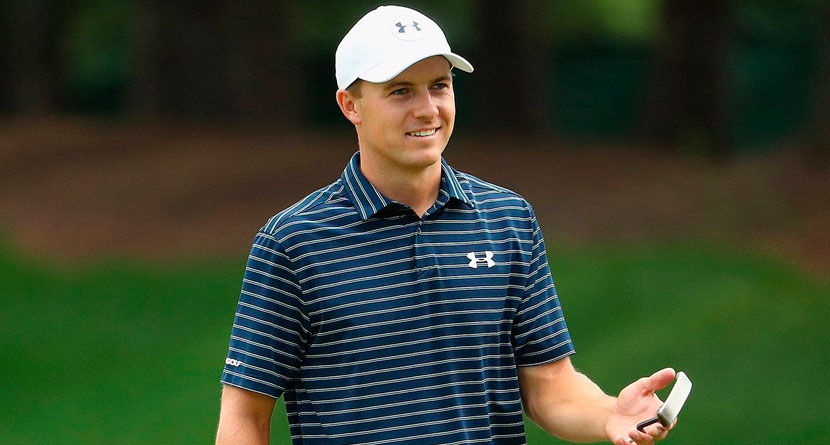 The nature of fame and celebrity is that responsibilities and commitments force you to inevitably disappoint some people based solely on time constraints. Jordan Spieth has found that out during his meteoric rise to the top of the golf world. Unfortunately for fans in the Quad Cities, this year it’s their turn to be disappointed

Unfortunately for fans in the Quad Cities, this year it’s their turn to be disappointed by Spieth who announced earlier this week that he won’t be playing in next week’s John Deere Classic, opting instead to head over to the United Kingdom to prepare for the Open Championship.

The John Deere Classic was the site of Spieth’s first professional win in 2013 as well as his fifth in 2015.

We will miss you next week @JordanSpieth – Good luck at The Open!https://t.co/cXrCyjCcOp

The PGA Tour released a report on Monday that contained Spieth’s statement.

“I’m sorry I won’t be at this year’s John Deere Classic,” Spieth said in a statement released Monday. “I love the tournament, I love the golf course, and, more importantly, I love the people. Clair [Peterson, the tournament director], his staff, the fans—the entire community—everyone involved makes that event such a special stop for the PGA TOUR.

“While my schedule doesn’t permit me returning to the Quad Cities this year, I plan to be back in the future.”

Spieth did not play last year’s Deere, either, as it was held opposite the Rio Olympics. As the highest-ranked player for the U.S. Olympic Team, he passed on the Olympics but said he felt it would be inappropriate to play in the Quad Cities the same week.

He was last seen in action at the Travelers Championship on June 25, when he holed out from the bunker to win a sudden-death playoff at TPC River Highlands, touching off a wild celebration with his caddie Michael Greller. It marked Spieth’s 10th TOUR win as he became the only player other than Tiger Woods to reach double digits in wins before the age of 24.

Spieth famously opted to play in the John Deere Classic in 2015 after winning both the Masters and U.S. Open meaning that the Open Championship would have been the third leg in the single-season Grand Slam. Spieth won the Deere that year and went on to miss a four-man playoff at St. Andrews the following week, settling for a T5 in the Open.