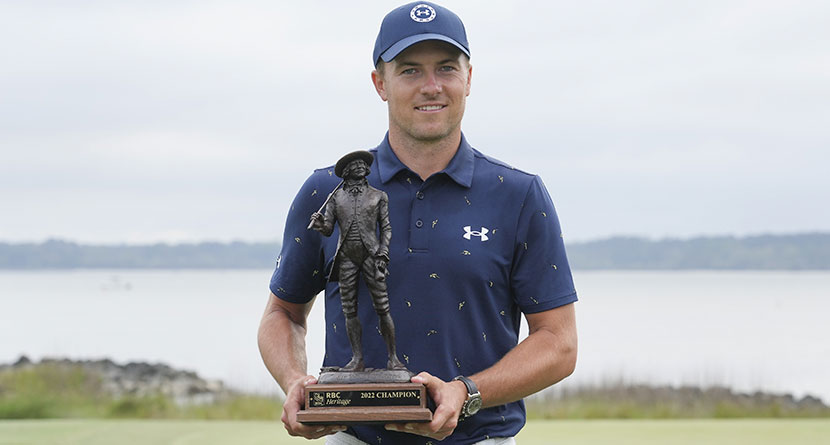 After Jordan Spieth posted 13-under par on Sunday at the RBC Heritage — one stroke shy of where the leaders were sitting on Harbour Town’s back nine — the first thing that jumped to mind was missed 18-inch tap-in he bungled on the 18th hole on Saturday.

It happens to the best of us.

However, as fate would have it, the leaders came back to Spieith, so much so that Patrick Cantlay needed to birdie one of the final four holes to simply match Spieth’s score and force a playoff.


Poetically, Spieth got up-and-down from the front greenside bunker on the 73rd hole and managed to make his tap-in par to win on the first sudden-death playoff hole.

Spieth told CBS Sports’ Amanda Balionis Renner after the playoff that he won the event “without a putter,” and he wasn’t too far off. For the week, Spieth lost -2.5 strokes to the field average on the greens, the worst putting performance by a winner on the PGA Tour since 2009, according to Justin Ray.

Spieth, however, made up for his lack of success on the greens by ball-striking the heck out of it, picking up more than 13 strokes on the field average off the tee, approaching the green and around Harbour Town’s notoriously small putting surfaces. 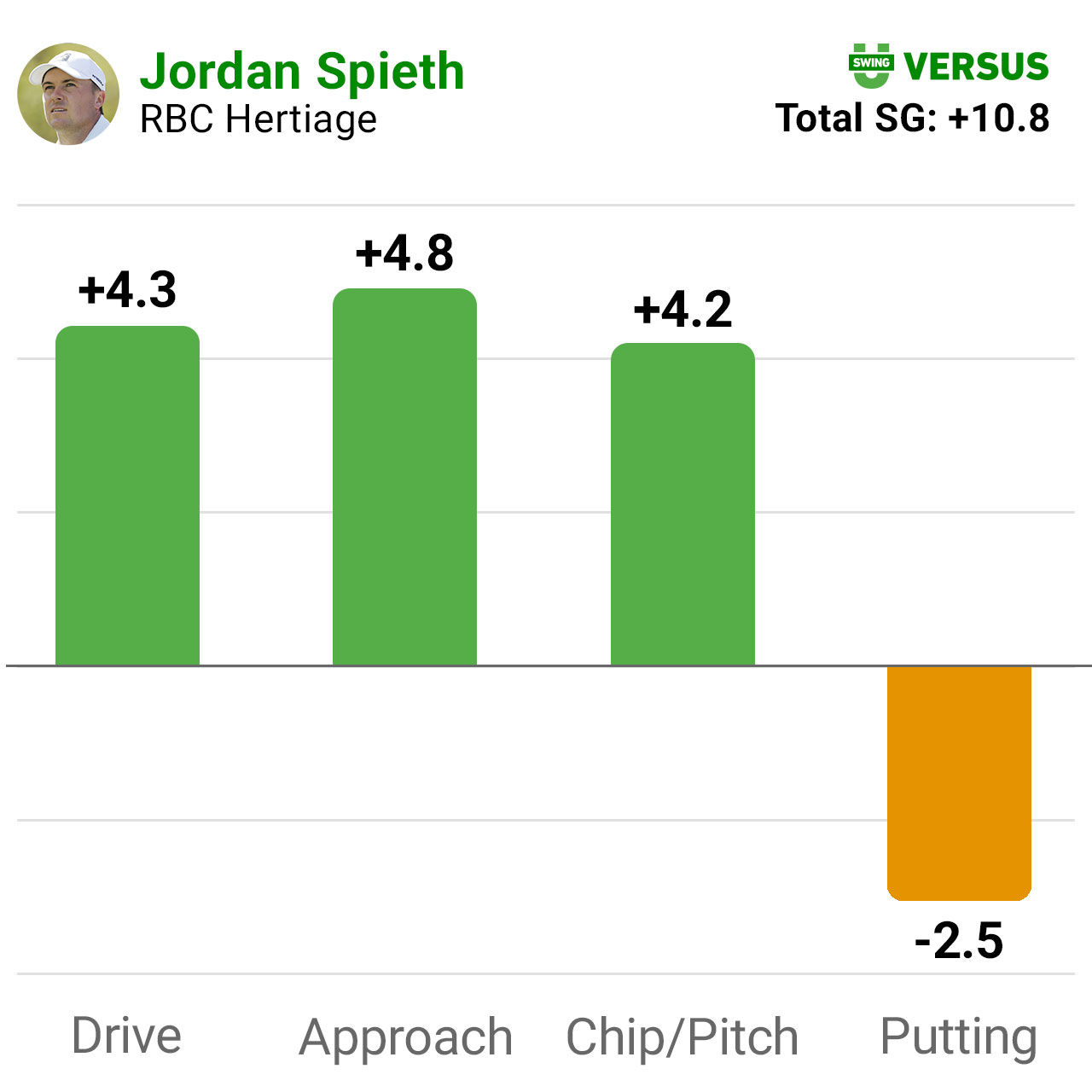 The win was Spieth’s second consecutive on Easter Sunday, backing up last year’s Valero Texas Open win, a fact that sent Spieth fans to their calendars checking which event he would be playing in on Easter in 2023.

The answer: The Masters.