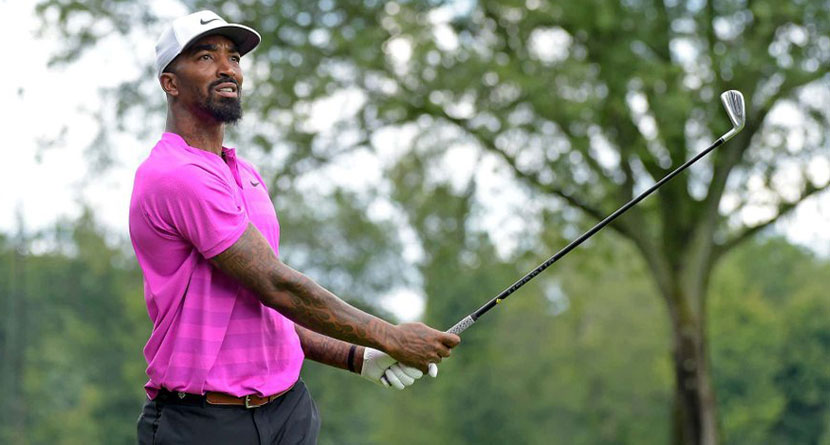 A 36-year-old freshman golfer at North Carolina A&T, Smith made roughly $90 million during his 16-year NBA career and with one semester under his belt at A&T, he has signed with Excel Sports for NIL representation, agent Lance Young told ESPN.com’s Adrian Wojnarowski.

As one of the last “straight to the pros” high school standouts, Smith skipped the opportunity to play college basketball in favor of turning pro at the age of 18. He would go on to win two titles with the Cleveland Cavaliers (2016) and the Los Angeles Lakers (2020). He earned a Sixth Man of the Year Award with the New York Knicks in 2013.

Pursuing a degree in liberal arts at North Carolina A&T, Smith, a noted golf junkie, joined the school’s golf team and even qualified to compete in a few tournaments during his first semester. Smith hopes to “become a bridge to the sport of golf for underrepresented minority groups.”

JR Smith has an NIL agent 👀

In his 2nd semester at North Carolina A&T, Smith has joined Excel Sports for NIL representation — a first for a high profile ex-pro athlete, per @ESPN.

There is “significant NIL interest” from companies in golf equipment, clothing, and video games. pic.twitter.com/6E0j5q2hi5

As for his NIL prospects, Smith’s built-in celebrity, including over 6 million social media followers, is a huge reason his agent expects Smith to fetch “well into the six figures.”

According to the report, Smith already has received significant interest from golf equipment and clothing companies.