Justin Lower Lost PGA Tour Card, LIV Might Help Get It Back 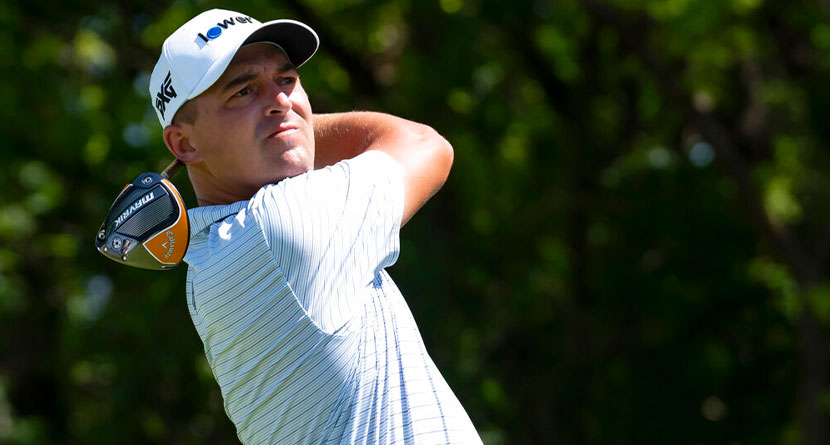 ATLANTA (AP) — Justin Lower lost his PGA Tour card in brutal fashion in the final tournament of the regular season. Needing a par on the final hole to finish among the top 125, Lower ran his 60-footer some 6 feet by and missed for a three-putt bogey.

He finished at No. 127 and was in tears when he said, “It sucks to come up this short.”

Thanks to Saudi-funded LIV Golf, Lower is among players who might get a reprieve.

PGA Tour Commissioner Jay Monahan notified players in an Aug. 12 memo that the policy board decided eligibility for the next season (which starts Sept. 12) would not be finalized until after the Korn Ferry Tour Championship.

“Accordingly, the FedEx Cup Playoffs and Eligibility Points List will continue to update,” he said.

The Daily Telegraph reported that British Open champion Cameron Smith will join LIV Golf after the Tour Championship, and it is believed as many as six others could join him, all of whom finished in the top 125 of the FedEx Cup standings.

The next LIV Golf event starts Sept. 2 — two days before the Korn Ferry Tour ends — and the PGA Tour has suspended players as soon as they hit a tee shot for the rival series.

Depending on how many players sign with LIV Golf, that will move up the players who are outside the top 125. If three were to sign, that would mean Matt Wallace, Austin Smotherman (who had his own mishap on his last hole at the Wyndham Championship) and Lower would retain a full card and be exempt for The Players Championship.

They still would have gotten into tournaments, but top 125 means they keep their priority all year without going through a reshuffle.

It also would have an effect further up the eligibility list. The top 70 get into the invitational events like the Arnold Palmer Invitational and the Memorial, which offer $15 million purses.

This wouldn’t be the first time Smotherman was helped by LIV Golf. He is listed at No. 137 in the official standings, but he is 10 spots higher because of the LIV players ahead of him who are suspended. And odds are there’s more to come.