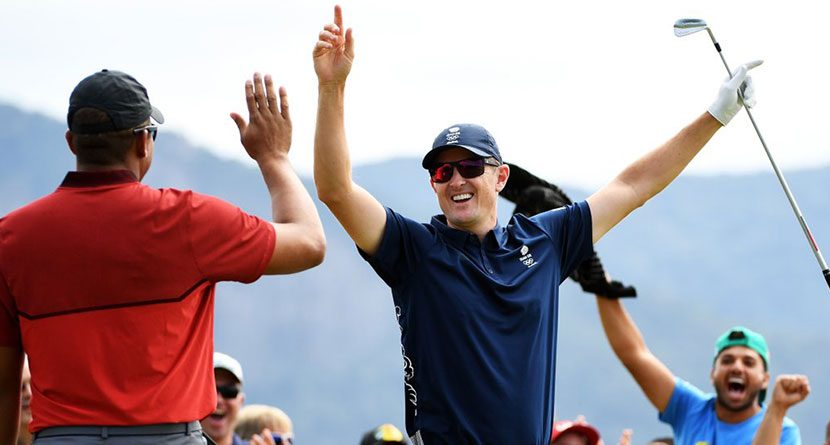 Thursday marked the first time golf has been played in the Olympics in 112 years and history was being made all over the grounds at the aptly named Olympic Golf Course. From a Brazilian Adilson da Silva hitting the opening tee shot in his home country to Great Britain’s Justin Rose recording the first ace in Olympic competition, it was a day for the ages.

It was the first ever #Olympic hole-in-one and a day to remember for @JustinRose99! ⛳https://t.co/9rGBPrUgxf https://t.co/pzgCmQ4JVr

Rose’s ace catapulted him to a round of 4-under par 67, four shots back of first-round leader Marcus Fraser of Australia. The 38-year-old Aussie is perhaps most well-known for being a golfer from Australia not named Jason Day or Adam Scott. After the two top players from Down Under dropped out of Olympic consideration, Fraser jumped on the opportunity and capitalized on Day One.

The full leaderboard can be found on the International Golf Federation’s website. Full highlights can be seen at golf’s homepage on the NBC Olympics site (click on the image to be redirected).