Justin Suh Finally Makes His Way Onto The PGA Tour 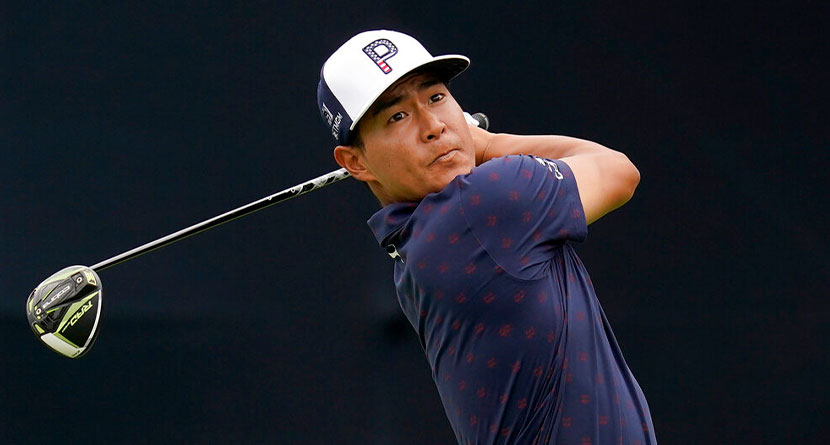 Justin Suh was part of four college stars at the Travelers Championship in 2019, all playing on exemptions with big expectations.

Matthew Wolff won two weeks later in Minnesota. Collin Morikawa won two weeks after that at the Barracuda Championship. Viktor Hovland earned his card at the Korn Ferry Tour Finals and picked up his first win in Puerto Rico the following February.

And for Suh, it was the slow road.

Justin Suh is just getting started.

That means he starts his first PGA Tour season next week with a fully exempt card, along with spots in The Players Championship and the U.S. Open. And he believes he’s ready.

“My game has progressed so much over the course of the year and it feels extremely gratifying that it paid off,” Suh said.

He heads off to the PGA Tour coming off his first win as a pro.

“I haven’t won in a while,” he said. “That’s something I learned to do in college and to kind of take the next step and win out here, it’s a big confidence boost.”

Morikawa already has two majors among his six titles worldwide and is No. 8 in the world. Hovland has six titles, three on the PGA Tour, and is No. 10. Both played in the last Ryder Cup.

Wolff, the first to win, was the 54-hole leader in the U.S. Open in 2020. Since then, he struggled with life on the road and this year chose to sign with Saudi-funded LIV Golf. Any reunion on the PGA Tour will be just three o