JT Outs Michael Jordan As Cheater On The Course 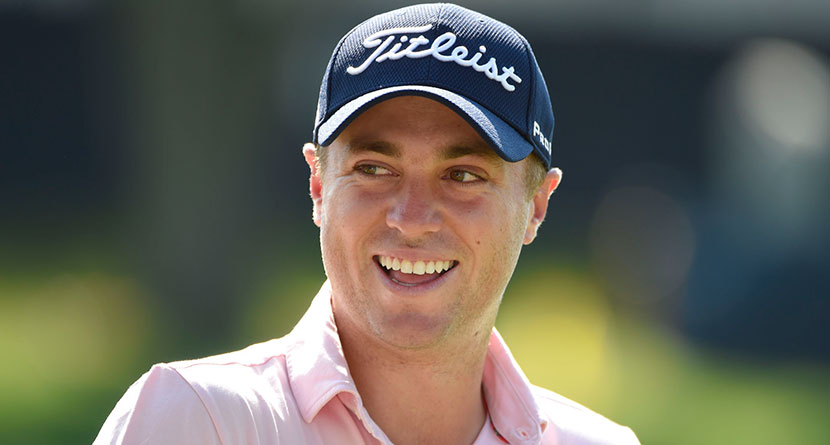 Tuesday afternoon’s Payne’s Valley Cup, an 18-hole exhibition featuring Tiger Woods, Rory McIlroy, Justin Thomas and Justin Rose, was the latest — and arguably the best — in a line of made-for-television charity matches that have popped up over the years.

The reason for the success of the event, which doubled as a debut of Woods’ first public golf course design at Big Cedar Lodge in Ridgewood, Missouri, was the comfort four of the top players in the game have seemed to find with being mic’d up in these situations.

The festivities got underway with the late Payne Stewart’s son, Aaron, hitting a ceremonial opening tee shot just after taking a dig at the man who designed the course.

At least the fairways are wide 😏😂

“With Tiger designing the course, at least the fairways are wide,” chided Stewart who promptly snap hooked his drive, concluding, “Not wide enough for that one.”

The trash talk was off and running, and before folks could even get properly settled in for what would end up being a four-and-a-half-hour 19-hole match, Thomas was firing shots across the bow at folks that weren’t even there.

Woods missed the first fairway nearly as badly left as Stewart, leaving Thomas to take on the other top-25 players by himself on the first hole.

While spotters attempted to locate Woods’ ball, Thomas shared some local knowledge about his Jupiter Island money games with Michael Jordan, saying in no uncertain terms that MJ is serial pocket-ball dropper.

Walking down the first fairway, JT has already exposed Michael Jordan of being a cheater on the course😂 pic.twitter.com/LQvbuGAYYK

“It would be like playing with MJ (if we found that tee shot)… ‘I got it, it’s right here,'” Thomas said, impersonating Jordan. “‘Oh, Tiger, it kicked out; it’s the fairway.’”

The other three cracked up laughing with Woods adding, “Love it.”

“If you are not cheating, you aren’t trying,” McIlroy said.

“The Bear’s Club a little easier to get away with it than The Grove,” Thomas said of the topography of the courses the pros frequent. “Grove you can see everything.”

Jordan, notoriously competitive at everything, may have something to say the next time he and JT tee it up at Grove XXIII, Jordan’s new private golf club.

That is if Thomas is allowed back on the property after dropping that nugget on live television.