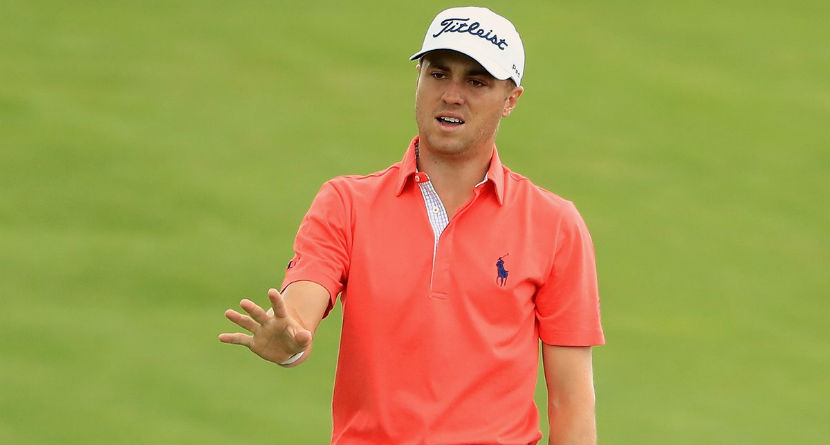 The internet is great for a few things, one of which is to watch professional athletes destroy hecklers (or trolls). Fresh off his record-setting 9-under performance last week at the U.S. Open, Justin Thomas kept it rolling, albeit off the golf course.

Thomas missed the cut at the Travelers Championship this week and took to Twitter to calmly vent his frustration:

Nothing worse than playing ?? at a course you love. @TravelersChamp is awesome. Out of gas from last week, weekend of rest will do me well!

However, there’s always at least one person who tries to be a tough guy:

Hey asshole, stop making excuses. I played 18 yesterday & got VERY sunburnt. Iv already had 10 beers today and am +5 over thru 3. #suckitup

That’s when Thomas teed off on him…and by no means did he lay up:

1. You kind of deserve it for not putting sunscreen on
2. You may have a drinking problem
3. You also appear to be bad at golf https://t.co/60eHDcyHEG

If only Thomas responded to Johnny Miller’s salty comments that way too!  Anyway, he continued his hot streak on Sunday when he called good buddy Jordan Spieth’s winning bunker shot moments before it happened.

Wouldn’t be surprised if @JordanSpieth just holed this bunker shot