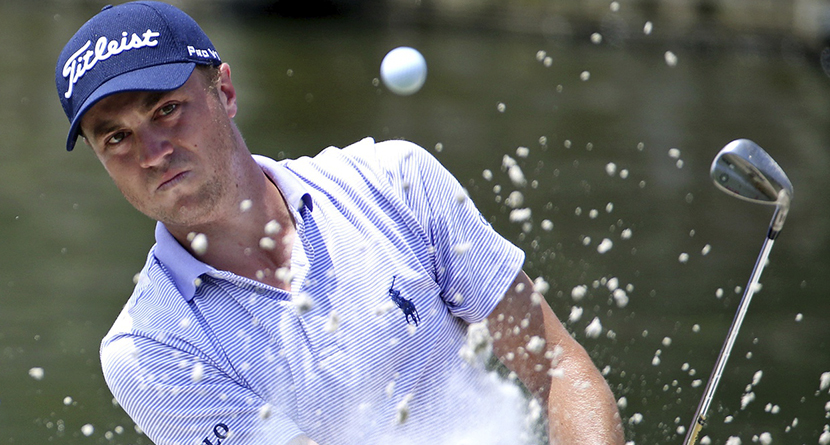 Justin Thomas was the best player on the PGA Tour late last season on his way to winning the FedEx Cup.

Now, after finishing tied for 11th at The Players Championship, he will complete his meteoric rise to the top of golf on Monday when he becomes the No. 1 ranked golfer in the world.

Thomas, 25, grabbed the world’s top ranking on Sunday firing a marvelous final round 66 to finish in a tie for 11th place. Webb Simpson won The Players coasting to the biggest victory of his career.


Thomas, who also leads in FedEx Cup points, took over the top spot from Dustin Johnson, who has held the spot for over 60 weeks, the fifth-longest time in the 25-year history of the OWGR rankings.

Going into The Players Championship, Thomas, Jordan Spieth and Jon Rahm all had a chance to eclipse Johnson as No. 1. Spieth limped home on Sunday with a 74 and tied for 41st while Rahm never got it going and tied for 63rd. Johnson was in contention after the opening round and finished with a strong showing in a tie for 17th. Still, it wasn’t enough to hold off Thomas.

No. 1 in the world is a title that Thomas has been eyeing.

Thomas is now the 21st player to hold the top ranking and the fourth youngest to do so, after Tiger Woods, Spieth and Rory McIlroy.

Thomas, a diminutive 5foot-11 and 145 pounds, turned pro in 213 before breaking out in 2017. He has won seven times since the beginning of the 2017 season, including twice so far this year. Thomas won is first major at the PGA Championship last August, and followed that breakthrough with a win at Dell Technologies in September on his way to the FexEx Cup.

On Sunday, with Johnson still in contention to keep the title for another week, Thomas made a run with six birdies and also an eagle at the par-5 second hole. His only slip came on No. 7 on the Stadium course at TPC Sawgrass with a double bogey.

“I love this golf course,” Thomas added. “I always have; I’ve always said that. There’s something about it. It’s so exciting to go play because I truly feel like you can shoot 9-, 10-, 11-under, you really can, just because of the length of the golf course and if you’re driving it well and how good the greens are.”

Johnson said he planned on heading back home with family and relaxing by the pool after his three-straight weeks on the road. He will be off next week when the Tour heads to Dallas for the Byron Nelson.