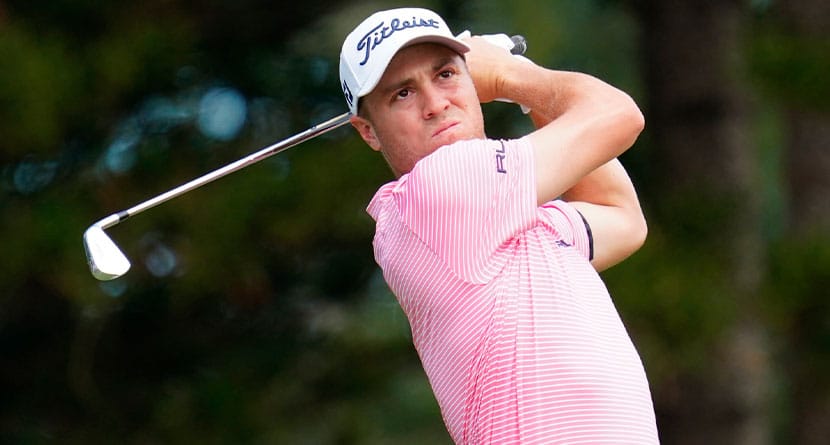 Justin Thomas missed a six-foot par putt on the fourth hole of his third round at the Sentry Tournament of Champions and uttered a homophobic slur under his breath that was picked up by hot microphones on Golf Channel’s broadcast.

Following the round, Thomas was made aware that the incident made it to air and apologized.

“It’s inexcusable,” Thomas said after posting a 5-under par 68 to sit four shots off the lead. “First off, I just apologize. I mean, there’s no excuse. I’m an adult. I’m a grown man, there’s absolutely no reason for me to say anything like that.

“It’s terrible. I mean, I’m extremely embarrassed, it’s not who I am, it’s not the kind of person that I am or anything that I do, but it’s, unfortunately, I did it and I have to own up to it and I’m very apologetic.”

Big fan, not a great look.

Are we gonna apologize for the language here @JustinThomas34 @PGATOUR ? pic.twitter.com/QvIYdOv7F9

The Human Rights Campaign, the nation’s largest LGBTQ rights group, condemned the slur. “This type of discriminatory language causes real harm, and there is no place for it in sports. We must continue to work for greater inclusion and acceptance,” the HRC’s president, Alphonso David, said.

“As he expressed after his round, we agree that Justin’s comment was unacceptable,” the Tour said.

The PGA Tour does not comment or release their disciplinary action publicly.