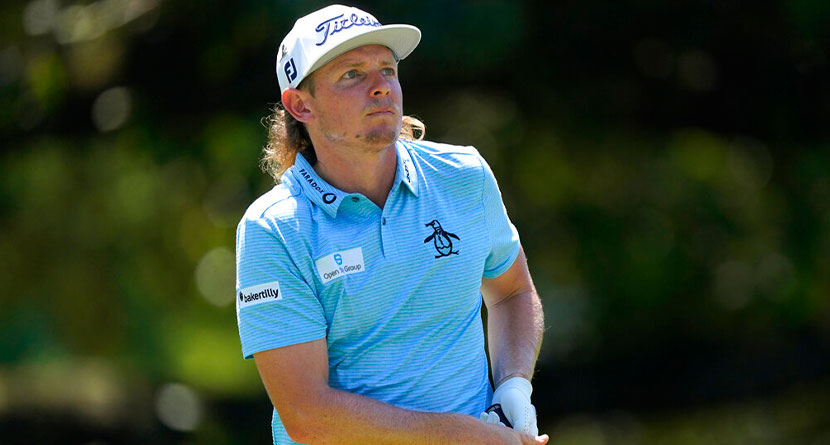 Karrie Webb already has one big win this year, and now it’s time to drink up.

Australia’s most prolific major champion played Cameron Smith on her home course in Florida before Smith headed over to the British Open. At stake was a bottle of wine.


Webb said she was ahead in the match when they got rained out. Smith paid up, anyway.

“He brought over a bottle of Grange,” Webb said. “If he’d told me on the first tee that was what we were playing for, I probably wouldn’t have played so good.”

A friendly match between @Karrie_Webb and Cameron Smith – who wins? 🤩 pic.twitter.com/rfEOv8Z3hV

The wine starts in the $1,000 neighborhood depending on the vintage.

“I had him sign the bottle and said, ’I’m not going to drink this until one of us wins a big tournament,” Webb said. “And then two weeks later, he did. So now we’ve got to have a drink to celebrate.”

The “rematch” is this week in the Australian Open, where men and women are playing concurrently in separate competitions on the same courses for the same prize fund.

Webb, 47, won the last of her 59 titles worldwide in 2014. Smith won last week in the Australian PGA and is trying to become the first player since Greg Chalmers in 2011 to win the Aussie Open and Aussie PGA in the same year.