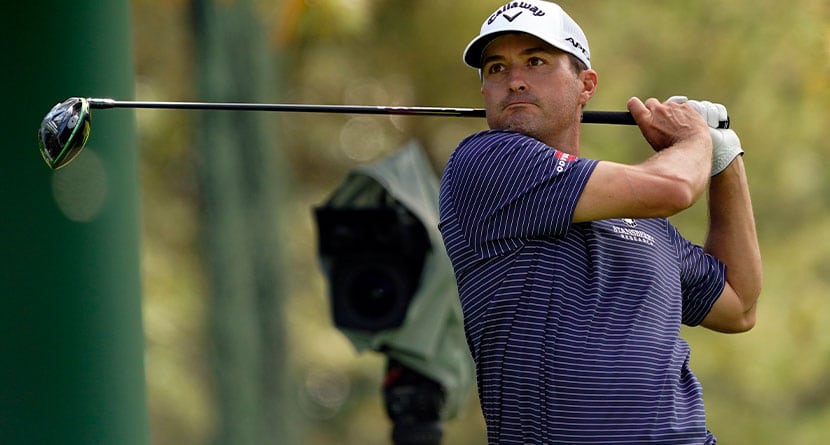 Kevin Kisner has won three times on the PGA Tour, all three of which came at host courses that would be considered short-hitter-friendly (Sea Island, Colonial and Austin Country Club),  so when he was asked about his chances this week at the 7,000-yard Sony Open in Hawaii, he was bullish.

However, never touted as one of the longest hitters on Tour, Kisner has proven over the years that he can more than make up for his lack of distance with his candidness in front of a microphone.

Perennially one of the best ball strikers and putters on Tour, Kisner has carved out a very nice career playing against the best players in the world, in what many have dubbed the “bomb and gouge” era.

Kisner knows where his bread is buttered, so when he was asked on Wednesday if he puts more pressure on himself to play well when shorter courses come around, he answered in typical Kisner fashion.

Q: Why show up at courses that don’t suit your game?

“When you look at your wins, and even the ones where you almost did — Colonial, Sea Island — and you allude to this place and some of the courses that fit your game, do you ever run the risk of kind of putting yourself into a corner in your head of where you can win and where you can’t? Because you can win anywhere, can’t you?” the Associated Press’ Doug Ferguson asked.

“Probably not,” Kisner responded. “I’m not going to win at Bethpage Black or Torrey Pines.”

“Then why show up?” Ferguson followed up.

“Because they give away a lot of money for 20th,” Kisner said.

He’s right; they do. Although this week suits his game and style very well — as proven by his strong track record — but it’s not just courses that don’t fit his style that force Kisner to think more about the potential earnings he could gobble up: some players do that to him.

Case in point: Dustin Johnson. As South Carolina natives, Kisner said he knows all too well what can happen when DJ starts playing his best golf, as he did earlier this fall.

“That’s the type of talent he is,” Kisner said of Johnson during the FedEx Cup Playoffs “He can absolutely dismantle a golf course when he’s on and lead the field in putting. Obviously he drives it straight, and hard to believe, there are further on tour. So when you add those two up, pretty much unstoppable.

“I’ve been watching it for 25 years. I’m pretty accustomed to it. When he’s on, I just step to the side and try to add on to my bank account.”

This week, it’s Kisner’s turn at a course that fits his game perfectly.

And in case he doesn’t play his best, 20th place this week will take home just shy of $90,000.Not bad for a week’s worth of work in paradise.