Koepka Admits To Never Having Had A Hot Beverage 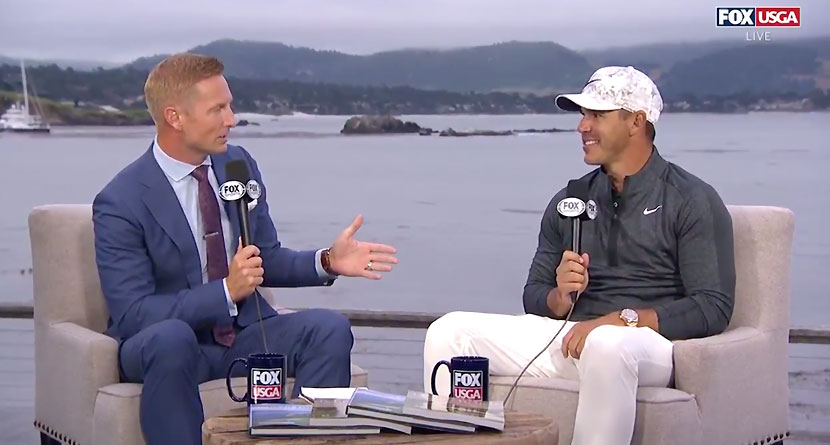 Professional golfers will never be confused as the toughest athletes in the world — although don’t tell Brook Koepka that — so when temperatures at Pebble Beach crept into the mid-50s° F on Saturday evening, there was some scrambling going on to warm back up.

For four-time major champion Koepka, who made a comment to Fox Sports post-round interviewer Joel Klatt that his hands were cold, the recipe for curing cold hands didn’t involve a coffee, a hot chocolate, or a warm beverage of any kind.

Why? Because Koepka admitted to Klatt that he had never had a warm beverage in his life.

Can you believe it? The hottest golfer in the world has never consumed a hot drink.@BKoepka remains in striking distance of his third-straight #USOpen championship. pic.twitter.com/Kb0oX7G7t9

According to SpoonUniversity.com, there are 694 Starbucks in Florida, so growing up there is no excuse for not enjoying a cup of joe in the morning. Further proof that Koepka, who has won four of the last eight major championships he’s competed in, is not of this world.

Brooks Koepka says he’s never had a hot drink in his life, if you’re wondering what the secret formula is to winning every single major championship.

Whatever Koepka’s secret to success is, it’s working. He’s at it again this week at the U.S. Open after posting three consecutive rounds in the 60s to be four shots back of 54-hole leader Gary Woodland.

Going into the final round, Koepka is supremely confident with his game, and if he can make a few putts, he may be a five-time major champion come Sunday evening.

“It’s probably the best ball-striking week I’ve had. Pebble’s greens are so small. I think I only missed one green today, maybe two. But to hit as many greens as I have the last two days, the ball-striking is right where I want it.”