Koepka Edges McIlroy To Win PGA Player Of The Year 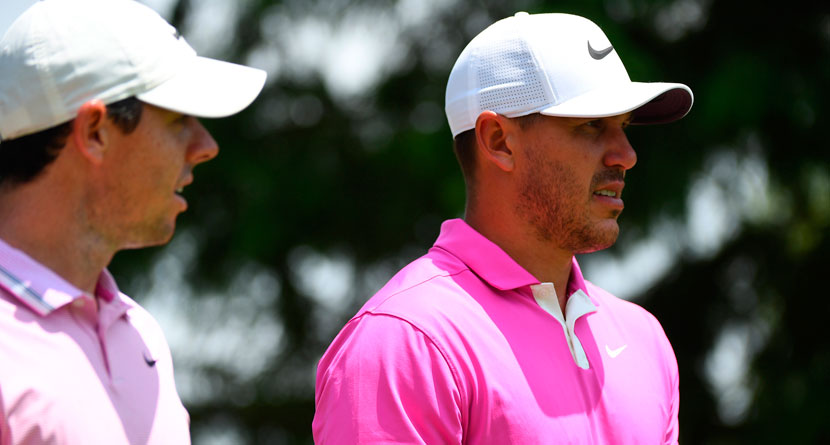 Brooks Koepka earned another trophy for his mantle on Monday, just hours after getting bested by Rory McIlroy in the final pairing at the Tour Championship.

For the second consecutive season, Koepka won the PGA of America’s Player of the Year award, which is presented to handed out “for excellence by a PGA Tour professional.”

Koepka, who won the PGA Championship for the second consecutive season, edged McIlroy by six points in the the PGA’s formula that combines “Victory Points,” “Money Points” and “Scoring Points.” Koepka amassed 84 points to McIlroy’s 78.

Koepka earned 50 of his 84 points by virtue of his three victories: the PGA Championship, the CJ Cup at Four Bridges and the WGC-FedEx St. Jude Invitational. He also earned 20 points for winning the PGA Tour’s season money list, which concluded prior to this past week’s Tour Championship. Koepka earned $9,684,006 in 21 events in 2019.

While it’s little surprise that Koepka won the POY award from the entity that runs the major championship he won this year, a debate has broken out over the PGA Tour Player of the Year Award, which is voted on by the Tour membership.

• In 15 common tournaments played Rory McIlroy is 9-6 vs. Brooks Koepka when comparing head-to-head.

The argument for McIlroy, as laid out by among others, Golf Channel analyst Brandel Chamblee, is that McIlroy had a more complete all-around season despite not winning a major championship.

I don’t think so. Rory won the Vardon Trophy( for the 3rd time) and won the only other way they keep track of who played the best all year, the FedExCup, where he had the lowest score regardless of the handicapping. Won The Players, Canada by 7, Tour Ch.and had the most top 10s. https://t.co/ukFh4chpS7

The PGA Tour Player of the Year Award is announced in September.