Koepka Fires Back: Don’t Have The Balls To Do It 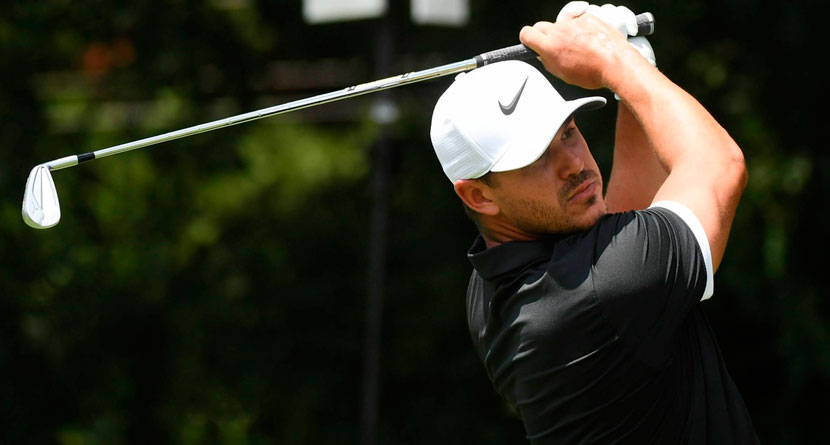 One thing detractors have never claimed Brooks Koepka doesn’t have is self-confidence.

The four-time major champion has been outspoken in his belief in himself when it comes to winning the biggest events in the game, and with the release of his ESPN The Magazine Body Issue pictures this week, it’s clear he’s proud of the body he has as well.

Speaking after shooting a 3-under par 67 on Thursday at the Tour Championship to tie the lead, Koepka once again spoke out about the critics who questioned his decision to pose nude potentially at the short-term cost of his career.

“It’s one of those things where all these people that talk crap and whatever on social media, they don’t have the balls to do it, and they wouldn’t look that good,” Koepka said. “It was something I enjoyed. I was looking forward to it for months. It’s something I definitely don’t regret doing. It’s been enjoyable to see the pictures over the last couple of months and see, I guess, all the hard work I put into it and see the results.”

When asked if he was self-conscious having so many bystanders present for his naked shoot, Brooks Koepka responded with a brazen answer: “I’ve got nothing to be ashamed of.” https://t.co/1iRtOhY6vB

Koepka admitted that his friends on Tour had some fun with the shoot in his behind-the-scenes video released on ESPN.com, such as Tiger Woods constantly offering him cookies and snacks to help him put back on the weight.

As for Rickie Fowler, he agreed with Koepka’s statement, telling The Action Network’s Jason Sobel, “I think it takes some balls to do it…literally.”

“I think it takes some balls to do it — literally.”

Koepka said he got down to about 190 pounds, but at East Lake this week he’s rocking “a great dad bod right now” at 210. He said he plans to lose 5-10 pounds this offseason as he gets geared up for the Presidents Cup and the 2020 PGA Tour season.

With the whole ordeal in the rearview mirror now, Koepka was able to be somewhat reflective, but he maintained the chip on his shoulder that has served him so well in his career.

“At the time, I wasn’t playing good golf,” Koepka said. “That’s not an excuse. I’ve lost a bunch of weight before, and I’ve gained a bunch of weight. Phil (Mickelson’s) done it, and everybody’s happy that Phil did it, and then I did it, and I get criticized. I don’t know what the deal is.