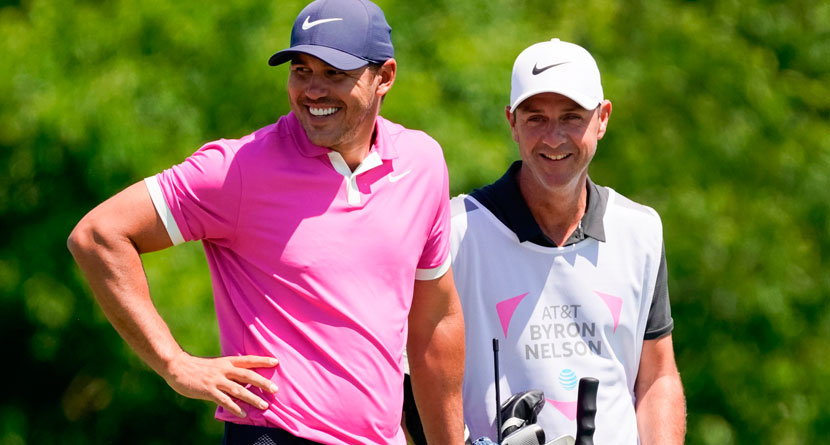 The slow play topic that dominated the first leg of the FedEx Cup Playoffs this past week resulted in some residual animosity between longtime foils Brooks Koepka and Brandel Chamblee.

During a spirited monologue pointing out that some of the greatest shots in the history of the game required some extra time to be sorted out, Chamblee finished his thought by taking a glancing blow at Koepka.

Chamblee Doubles Down After Koepka Criticism

Chamblee went on to reference a video from earlier in the week that showed Rory McIlroy preparing to hit an approach shot from well behind Koepka, who had made his way up to nearby his ball.

The rudeness Chamblee referenced was that Koepka was not practicing proper etiquette and was being rude to McIlroy by standing in his field of vision. It didn’t take long for a clip of the comment to be shared with Koepka, who responded first thing Saturday morning with a shot of his own at Chamblee.

Don’t worry I wasn’t in the way @chambleebrandel . If it was you playing I would never stand there. Since it’s Rory I felt pretty confident he wouldn’t shank it

“Don’t worry I wasn’t in the way,” Koepka wrote in a tweet. “If it was you playing, I would never stand there. Since it’s Rory, I felt pretty confident he wouldn’t shank it.”

Chamblee: Koepka “Was Giving Me The Finger”

The comment ingratiated Koepka to many who aren’t fans of Golf Channel analyst, and even Chamblee had to tip his cap to a rebuttal well-landed.

“I’ll give you credit, that was funny,” Chamblee said. “I knew you were long, I didn’t know you were funny too.”

This was just the latest in a long line of Koepka and Chamblee dust-ups, which include the Golf Channel analyst calling Koepka’s weight loss earlier this year “reckless self-sabotage” ahead of the Masters; later that week, he doubled down saying he wasn’t sold on Koepka’s toughness; and most recently, before the PGA Championship said he wasn’t sold on Koepka as a “great player.”

In the aftermath of Koepka’s PGA victory, Chamblee ate his requisite crow and had subsequently backed off his criticism of the No. 1 player in the world until taking a shot at him this week.