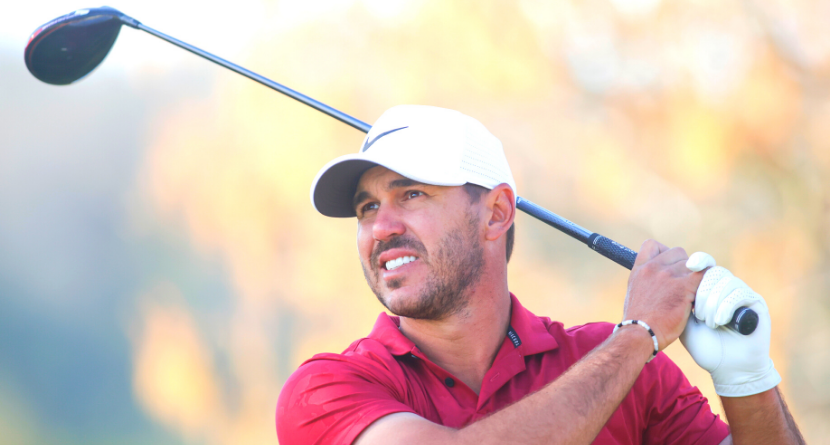 KING ABDULLAH ECONOMIC CITY, Saudi Arabia (AP) — Brooks Koepka took a two-shot lead at the LIV Golf Invitational-Jeddah on Friday after an 8-under 62 in the first round, matching the lowest score on the breakaway tour that has torn the world of golf in two.

The American made eight birdies during an error-free round at the Royal Greens Golf & Country Club in King Abdullah Economic City. His 62 equalled the lowest score this season after Lee Westwood hit the mark at Boston in September.

Koepka, a former top-ranked player and four-time major winner, was trailed by Charl Schwartzel at 6 under. Hideto Tanihara, Peter Uihlein and Patrick Reed were a further stroke back.

This is the seventh and final LIV Golf Invitational event for both individual and team play. The final event of the inaugural season will be in Miami in two weeks for the four-man teams.

“I could see it coming,” Koepka said. “I’m very pleased with it, pleased with last week. Hopefully just put together two more good rounds. I’m excited. Kind of sucks we only have this event and Miami left, and a bunch of time off.”

LIV Golf is funded by the Saudi Arabia sovereign wealth fund, but this is the first tournament held in Saudi Arabia after previous events in London, Portland, Bedminster, Boston, Chicago and Bangkok.

Dustin Johnson has already clinched the LIV individual champion title and its prize of $18 million. The second and third spots — and their respective prizes of $8 million and $4 million — are still up for grabs.

LIV Golf has 48-player fields with no cut over 54 holes and feature $25 million in total prize money. Players who have been drawn to the large prizes have been banned from playing on the PGA Tour and European tour.