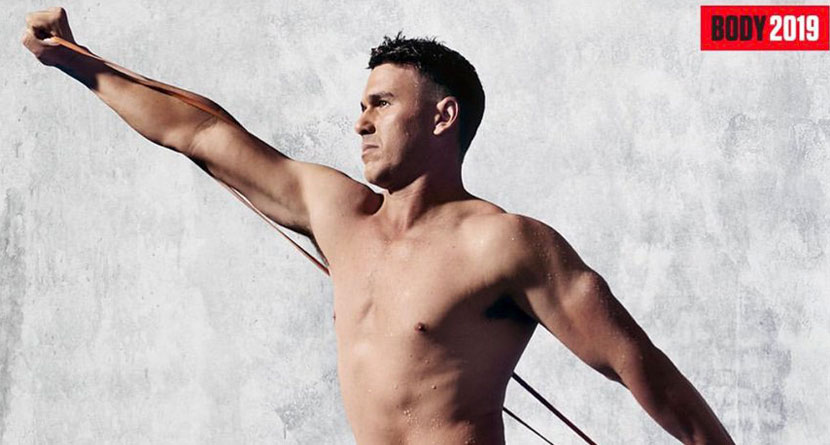 The much-anticipated reveal of Brooks Koepka’s ESPN The Magazine Body Issue photo shoot came on Wednesday night when the four-time major champion posted the first look on his Instagram account.

Shortly thereafter, other shots and videos came to light that showed why Koepka was willing to cut his diet down to 1,800 calories a day and begin working out twice a day ahead of the first major championship of the 2019 season.

“I’ve always wanted to do it,” Koepka said in the story and video that accompanies his photoshoot. “I thought it’d be so cool. I’m in the best shape of my life probably right now. And I’m excited about it.”

September 4th go get a copy of the @ESPN Body Issue! #ESPNBody

The rest of the photos were shared by Golf.com’s Sean Zak.

May we all bow down for the one true king. pic.twitter.com/q3FnNzQnHE

During his transformation, Koepka went from 212 pounds down to 190 pounds. Koepka showed up at The Players Championship in March much skinnier than he had been the year prior in which he won two major championships. As a result of his diet, he opened himself up to some skeptics, including Golf Channel analyst Brandel Chamblee.

“For him to change his body and his body chemistry for vanity reasons for a vanity shoot is the most reckless self-sabotage that I have ever seen of an athlete in his prime,” Chamblee said. “To do something that takes you out of your game, to change your game completely, to see someone whose body has changed drastically, it’s never worked out very well. It’s led to deterioration.”

While his play was unspectacular during the beefed-up workouts, he proved that he was able to handle some adversity by winning three times in 2018-19, including the 2019 PGA Championship. In the other three major championships, Koepka finished T2, 2 and T4. He also won the WGC-FedEx St. Jude Invitational last month to earn top-billing in the season-long FedEx Cup standings.