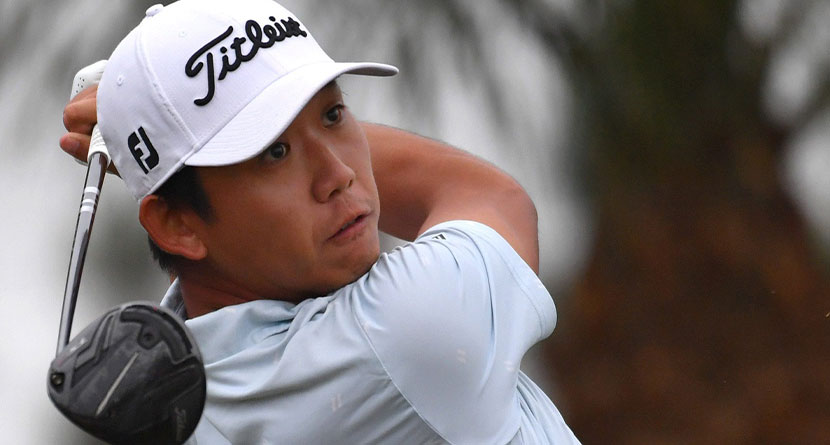 The Rules of Golf aren’t always there to penalize players, and on Saturday at the Korn Ferry Tour’s LECOM Suncoast Classic, Albin Choi needed a pair of rulings as the result of one wayward shot.

Playing the par-5 6th hole at Lakewood National Golf Club, Choi’s drive came to rest up against a shrub that didn’t offer many options for the 29-year-old, so he attempted to extract the ball from the shrub as best he could. What happened next left Choi & his caddie speechless and his driver in two pieces.

What were the rulings on the ball hitting the bag and the club breaking?

Driver snaps in half on No. 6, new one arrives on 7 green. 🤯 @AlbinChoi pic.twitter.com/CIDURFsmUJ

Luckily for Choi, both rules issues were covered under the 2019 modernizing of the Rules of Golf. Rule 11.1a covered Choi’s caddie from incurring a penalty for the ball striking the bag and Choi was allowed to repair the broken driver shaft under Model Local Rule G-9, which states any piece of equipment damaged not out of abuse is able to be replaced.

All in all, it worked out well for Choi who went on to par the hole and birdie his next hole en route to a 1-under par 70 in the third round. He would go on to fire a final-round 68 to finish in a tie for sixth alongside seven others, including 54-hole leader Michael Gellerman.