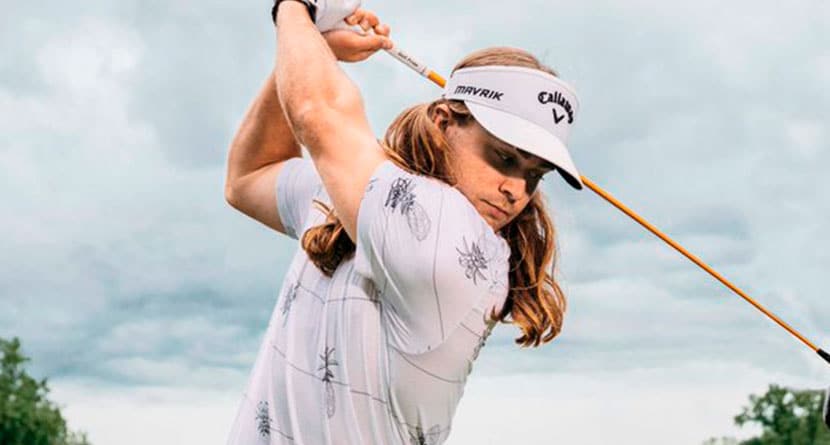 Bryson DeChambeau has made a year-plus commitment to blurring the lines between professional long drivers and PGA Tour pros, but based on one of DeChambeau’s Instagram posts over the weekend, there’s still a wide gap between the beefed-up reigning U.S. Open champion and reigning World Long Drive champion Kyle Berkshire.

DeChambeau has credited Berkshire, among other long drivers, for helping him on his mission to add distance to his game, and he’s clearly not done picking the brain of the long drive champ as the two were hanging out with YouTuber Garrett Clark over the weekend.

Opting to stay indoors, DeChambeau filmed as Berkshire let loose a series of violent swings with an 8-iron, eventually topping the 300-yard mark with the short-iron.

The stats the simulator spit out were insane: 292.5 yards of carry thanks to 169.4 ballspeed.

DeChambeau can be heard saying as the ball flew, “Oh, that might have done it. That’s further than the average Tour driver!”

And he was right. According to Trackman, the average clubhead speed on the PGA Tour with a driver is 113 MPH and an average of 167 MPH ball speed.

We asked World Long Drive champ, @KyleBerkshire, how far he hits each club.

Here’s what he said. pic.twitter.com/p8T14yi6n1