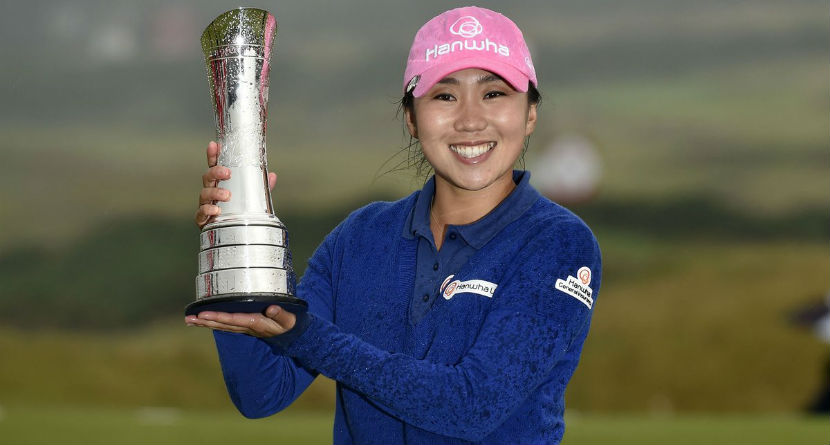 The case of the missing golf clubs has been solved.

In-Kyung Kim’s clubs that she won the Women’s British Open with were found on the rack at a sporting goods store earlier this week in Carlsbad, California, according to the Golf Channel.

The clubs went missing two months ago on a flight in California and Kim had the difficult task of breaking in new clubs. It wasn’t easy, as Kim went to the factory to try out different clubs and get the loft and lie right.

“It was really difficult at first,” Kim said, per the Golf Channel. “I really worked hard, like worked a lot, went to the factory like a dozen times.”

Kim let her sadness know about her clubs during a recent “What’s in Your Bag?” segment with Ladies European Tour TV analyst Alison Whitaker. That prompted a viewer in California to take notice. The clubs were bought at a used sporting goods store near Carlsbad and after the segment, a friend of the purchaser told his friend about the origins of the clubs he purchased. The two decided to turn in the partial bag of clubs – three wedges, two hybrids, and the golf bag – to the local police department. The two men met with Kim recently when she picked up the clubs that were used to win the Women’s British Open.

Kim is happy to have the clubs back but didn’t use them on Thursday at the Kia Classic, where she opened with a 5-under-par 67.