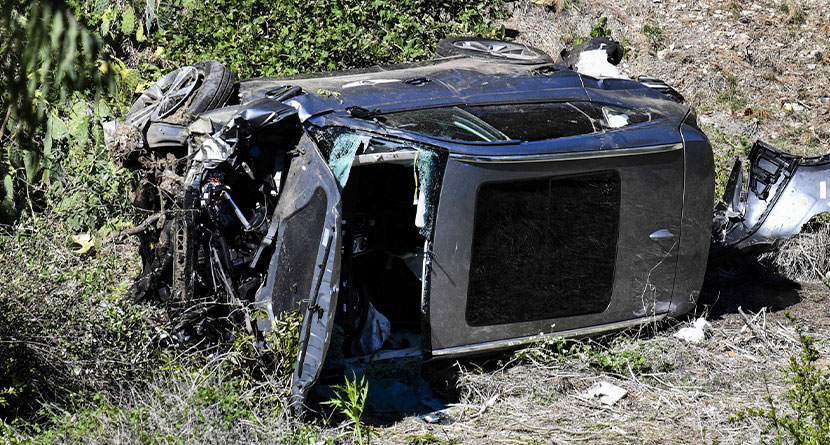 Detectives for the LA County Sheriff’s Department have concluded their investigation into Tiger Woods’ Feb. 23 car crash, but won’t release the details until they are given permission by Woods, citing unspecified privacy concerns.

“A cause has been determined; the investigation has concluded,” Sheriff Alex Villanueva told the Associated Press during a live social media event. He went on to say that investigators need permission from Woods to release the information.

Villanueva went on to tell NBC News that the “accident report could be ready to be released publicly as early as sometime next week.”

As part of the Los Angeles County Sheriff’s Department’s investigation into the crash the department executed a search warrant to obtain data from the “black box” in the car that was crashed. Sheriff’s Deputy John Schloegl confirmed that the black-box data has been downloaded but he did not reveal its contents. The data from it typically can show the vehicle’s speed, steering angle, brake and acceleration activity before impact.

Los Angeles County sheriff says detectives have determined what caused Tiger Woods to crash his SUV last month in Southern California. They are not releasing details, citing privacy concerns for the golf star.

“The release of accident reports is governed under California Vehicle Code Section 20012,” LA County Sheriff’s Department posted to Twitter. “When we are able, we intend to release the information learned during the traffic collision investigation involving Tiger Woods.”

According to the Associated Press, the law the sheriff’s department cited Wednesday holds that “all required accident reports, and supplemental reports … shall be for the confidential use of the Department of Motor Vehicles and the Department of the California Highway Patrol.”

However, it also states that “the Department of the California Highway Patrol or the law enforcement agency to whom the accident was reported shall disclose the entire contents of the reports, the names and addresses of persons involved or injured in, or witnesses to, an accident, the registration numbers and descriptions of vehicles involved, the date, time and location of an accident, all diagrams, statements of the drivers involved or occupants injured in the accident and the statements of all witnesses to any person who may have a proper interest” in the accident.

“We have reached out to Tiger Woods and his personnel,” Villanueva said. “There’s some privacy issues on releasing information on the investigation, so we’re going to ask them if they waive the privacy and then we will be able to do a full release on all the information regarding the accident.

“We have all the contents of the black box, we’ve got everything, It’s completed, signed, sealed and delivered. However, we can’t release it without the permission of the people involved in the collision.”

Woods’ agent, Mark Steinberg, has not yet made a public comment.